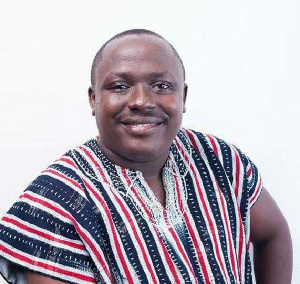 It has emerged that the murdered Takoradi constituency treasurer of the ruling New Patriotic Party (NPP), Mark Ofori, was billed to become the new Public Relations Officer (PRO) of the National Health Insurance Authority (NHIA) in the Western region.

“Before his untimely death, Mark Ofori was billed to become the new PRO for the Western Region NHIA. He was supposed to go for his interview and later take his letter on Friday and start work,” he said.

Mr Ofori was shot in his house at Fijai, a suburb of Sekondi in the Western region by some unknown assailants.

The development has thrown the party into a state of shock, grief and mourning as various social media platforms have been awash with condolences to the NPP and his relatives.

Mr Arthur says he suspects foul-play in the death of the treasurer, adding that “it is unimaginable and striking.”

“This death is not normal. We would have concluded that it was robbery if the assailants killed other people in the area but for that person to locate the house of Mark is a serious thing and we just cannot understand the action of the person,” he said.

He denied that there is internal wrangling in the party which might have led to the death of the treasurer.

“We have no issues in the party and so we cannot identify who committed this heinous act,” he said.

Meanwhile, the police in the region have commenced investigations into the incident.