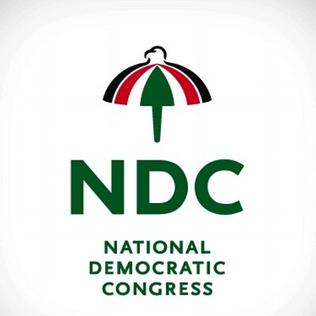 The opposition National Democratic Congress (NDC) has served notice that it will begin boycotting media houses in the country that are deemed unfriendly to it and its presidential candidate going into election 2020.

According to the party, it is increasingly becoming clear that some media houses in the country are anti-NDC and are doing everything possible make the opposition party unpopular by initiating deliberate and well-orchestrated plots against it.

President of newly formed NDC Professionals Forum and former Ghana Ambassador to India, Sam P Yalley says it is imperative for the party to come up with a policy that bars its communicators from patronizing any unfriendly radio or television station.

‘’Why is it that we cannot have a policy of boycott so that if you’re consistently churning out news that says that our president has used money for research for himself which is falsehood, we tell you and you wouldn’t withdraw it, we are not coming to your radio station again, this is politics and the reward of every politician is to win elections and the reward of the Pope is to go to heaven’’ he said.

Mr. Yalley who at some point was the Chief Executive Officer of the National Pensions Regulatory Authority (NPRA) also lampooned some NDC communicators for usually hoarding information and not wanting to share with fellow communicators, adding that the situation where individual party communicators want to be the only ones shining by keeping such vital information to themselves must stop.