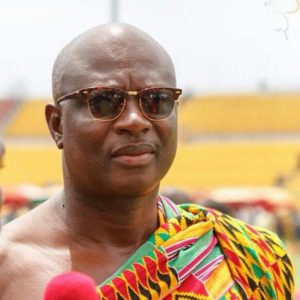 Former Mayor of Kumasi and National Democratic Congress (NDC) kingpin, Kojo Bonsu has officially submitted his letter of intent to contest the presidential primaries of the of the party.

Mr. Kojo Bonsu, a known John Mahama confidant took many by surprise when he announced his intention to contest the NDC presidential slot.

Some party big wigs and supporters are yet to come to terms with what might have informed his decision to make the move.

Many have also indicated that Mr. Bonsu is peeved because he has been betrayed by his bosom friend, the former president who has dropped him from the list of team members of his campaign for 2020.

As the days unfold, it will determine whether Mr. Kojo Bonsu will go farther than just submitting a letter of intent or not.