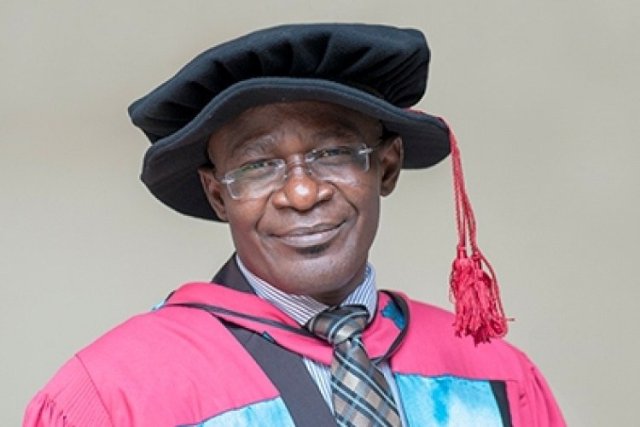 Embattled Vice-Chancellor of the Kwame Nkrumah University of Science and Technology Prof. Obiri Danso has been asked to step aside following violent protests last week Monday.

The National Council for Tertiary Education has informed the Vice-Chancellor to make way for the interim governing council to take over the administration of the university.

The Professor of Environment Microbiology has been accused by the students of creating an environment of oppression and is referred to by some students as ‘Kumasi Adolf Hitler’.

They embarked on a protest last Monday triggered by student brutalities that weekend. But it turned violent after the students damaged dozens of cars and properties.

Prof. Obiri Danso has been under pressure since the violent protest. Rumours about his resignation last week was dispersed by the University Relations Office which described it as a ‘figment of the imagination’.

The beleaguered Vice-Chancellor days after the protest, met student leaders to grant several concessions. But it appears to have been too little too late.

’Step aside’ is a Ghanaian political euphemism for sacking.

Prof. Obiri Danso is the 12th Vice-Chancellor of the university and was appointed by the governing council in August 2016 with a four-year mandate set to expire in 2020

The school’s UTAG branch has declared strike while the university remains shut down following the disturbances.