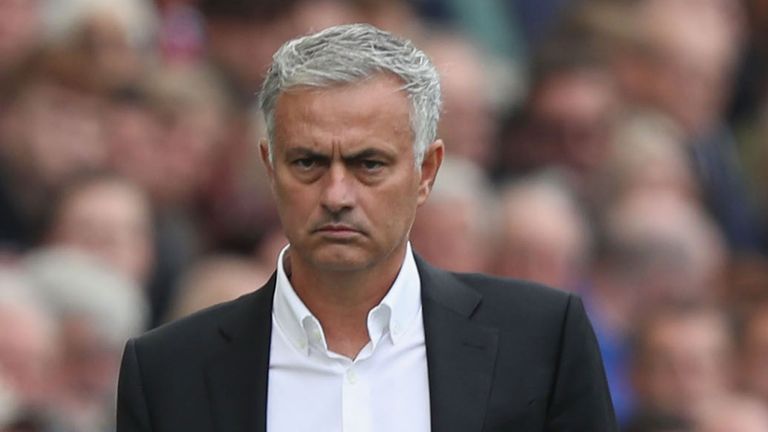 Manchester United staff believe Jose Mourinho could be sacked by the end of this week.

United produced a woeful display as they lost 3-1 at West Ham on Saturday to record their worst start in 29 years which leaves them nine points off the top of the Premier League table.

Players and staff were openly discussing the prospect of Mourinho losing his job as they made the journey back by train to Manchester on Saturday afternoon.

Speaking on BT Sport, former United defender Rio Ferdinand said: ‘I think there are some big decisions to be made at Manchester United now.

‘I think the hierachy and the people who run the club, people like [executive chairman] Ed Woodward, are having conversations at that level as to where they go from here.

‘At the moment there doesn’t seem to be that togetherness in the changing room. Decisions on the manager, the squad, how they are going to take this club forward. There has to be improvements.’

Mourinho was already reeling from a week in which his side were dumped out at the third-round stage of the Carabao Cup by Championship side Derby and another public clash with Paul Pogba in training.

Other players such as Marcus Rashford have also felt the manager’s ire as Mourinho struggles to get his group to respond and divisions within it grow.

Speaking at half-time, old boy Paul Scholes said: ‘It’s probably as bad as you’ll see from a United team for quite some time.

‘We spoke about attitude before the game. It’s been questioned over the last four weeks and today it has to be questioned again.

‘The hunger and desire to get against people just wasn’t there.’

Mourinho took just three questions at the post-match press conference before being ushered away by a press officer, as journalists attempted to ask about Pogba’s performance.

Woodward has publicly stated he does not wish to make knee-jerk decisions in light of results and the fact that United face Valencia on Tuesday night is likely to delay any such decision further.

But Woodward cannot escape the growing unrest and lack of wins.

Mourinho will not walk away from a £15million-a-year contract but staff are well aware that such results cannot be allowed to continue for much longer.

United have dismissed suggestions that they have already spoken to Zinedine Zidane over Mourinho’s job.

The Frenchman is available and understood to be keen on taking the post should United turn to him.

Woodward remains reluctant to make another managerial change but the degenerating atmosphere around the club could force the issue.