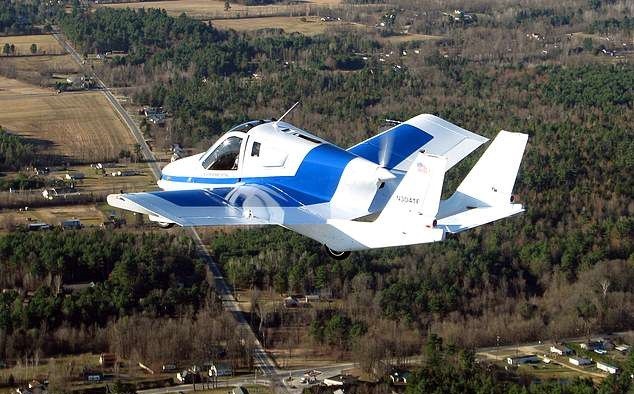 Starting next month, people will officially be able to pre-order one of the first flying cars to ever exist. The publicity surrounding this seems to indicate that some time in the near future, everybody will be driving flying cars. Or better yet, people will have cars that change gears between driving and flying.

The vehicles are being produced by a big corporation sort of trying to disguise itself as a smaller company, Terrafugia, which belongs to Volvo. The flying car is named a “Transition.” According to the company, the vehicle can fly through the air for up to 400 miles, reaching a top speed of 200 miles per hour. 200 miles per hour is certainly much faster than other vehicles, and the three dimensional nature of going up, down, to the left, and to the right with a vehicle is just incomprehensible.

They must be trying to build up anticipation for the vehicles because, according to one article “There’s not a definite price on it yet, but you can safely assume that if you have to ask, you probably can’t afford one. According to Chinese news agency Xinhua, they’ll be taking pre-orders on them starting from October.”

The Volvo-owned “Transition” is a hybrid electric powered vehicle, with a lot of normal features for vehicles, probably making it quite easy for them to be manufactured, and it will probably enable these things to become commonplace pretty quick.

Apparently at this moment, a person will require some kind of license for flying airplanes to be legally able to drive this thing. That’s according to some reports, they were not specific about what country they were talking about. Until some kind of new, sweeping regulations are put into law, which won’t be a pretty sight, the law will probably only allow people who fly airplanes or helicopters to legally use these on the road.

“With that in mind, the company that makes it believes it could be of great use to pilots who can fly it to a small airport, then simply fold the wings in and drive it home. That’s an ambitious business model. Niche doesn’t quite cover it. However, if you are in that small group of pilots who constantly thinks “I wish I didn’t have to get out of my plane to drive home” then this is the vehicle for you.”

The flying car is capable of reaching an altitude of about 10,000 feet, weighing a mere 1,300 pounds. The Volvo owned company plans to introduce a four-door version of the vehicle known as a TF-X later, which won’t require an airport for taking off and landing.

The company said: “The TF-X won’t require an airport for take-off and landing, and it will drive on all roads and highways – providing the convenience of true door-to-door transportation.”

Terrafugia CEO Chris Jaran said “Developing this new technology has allowed us to test several different mechanisms and generate process improvements along the way. We are at the critical point where we can implement the best design features based on years of flight and drive testing. This will improve function, safety and aesthetics for the optimal flying and driving experience.”

There’s a serious threat that can arise from the inevitable popularization of technology like this: it’s a window for the state to unleash a new era of regulations and restrictions on people. A whole host of new powers can be granted to authorities, from police to the people who make regulations, with the advent of such a sweeping, society-changing thing. In fact, it’s a miracle smart phones didn’t bring a whole new era of police state. Truthfully they did, smartphones ushered in a new era of surveillance.