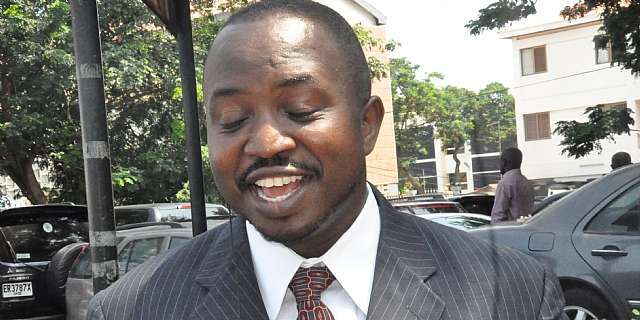 Opposition National Democratic Congress (NDC) presidential candidate hopeful, Stephen Atugiba who announced his withdrawal from the contest and support for former President John Dramani Mahama yesterday, Stephen Atugiba says he is waiting for the arrival of former president Mahama from a trip abroad to accompany him to the NDC National Headquarters to make a cash donation to the party.

According to him, the donation is his contribution to the party as it marshals resources to conduct the flagbearership elections in January 2019.

He explained that it has been agreed between him and the former president who is seen as the favourite to lead the NDC into the 2020 elections, that they will visit the party headquarters together to make the donation.

‘’I am going to make the donation and my brother John Mahama has agreed to accompany and support me to do that. I am using your medium to urge all my other colleague contenders to also support the party with their finances so that we will be able to raise the 11 million cedis we need for the election’’ he said.

According Mr. Atugiba, his decision to withdraw from the flagbearership contest has received massive applause from top party members such as the Minority leader in parliament, Haruna Iddrisu, Mohammed Muntaka Mubarak and Alhaji Ahmed who have all called to thank him for doing the right thing by stepping down and throwing his support behind the former president.