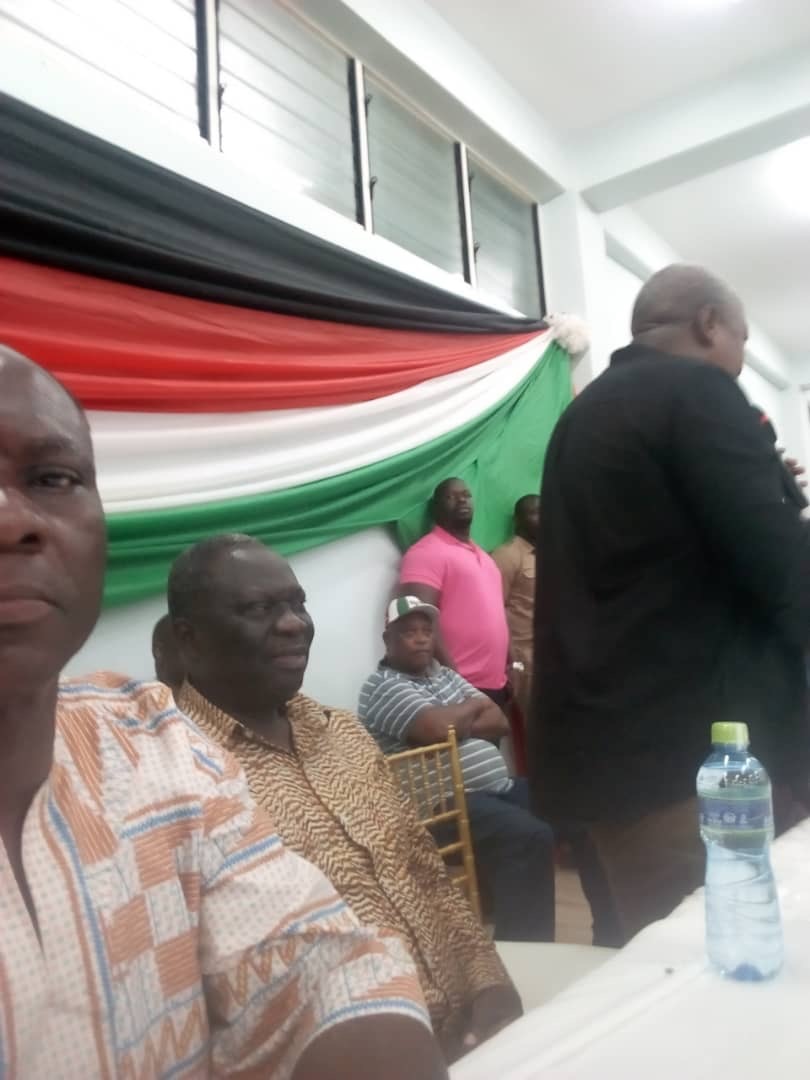 Professor Victor Kwabena Yankah, the man at the centre of the controversy between former president John Dramani Mahama and Minister of state in charge of tertiary education at the Ministry of education has revealed that the former president is his school mate and that they meet any time he is in the Central Region.

Professor Yankah explained that on the day in question when the former president met the Cape Coast North constituency members of the National Democratic Congress (NDC), he was invited to sit at the high table, adding that he resides in that particular constituency.

The associate professor who issued a statement on the matter said when the former president made the comment about consulting senior educationists on the free SHS policy during his tour of the Central Region,  he pointed to him, as he sat right beside him.

‘’At no point did he specifically mention Prof. Kwesi Yankah. This is evidently a case of misrepresentation. Apparently, the ministry did not do its research to find out if there was another Prof Yankah in Ghana’’.

He concluded his statement by calling on the various Ministries in the country to cross-check their facts before issuing serious press releases in order to avoid embarrassment.

STATEMENT ON MISREPRESENTATION OF REFERENCE TO ME BY EX-PRESIDENT JOHN MAHAMA IN PRESS RELEASE BY MINISTRY OF EDUCATION.

My attention has been drawn to a press release issued by the Ministry of Education on a comment by ex-president John Dramani  Mahama on the Free SHS policy. The said press release asserts that the reference to “Professor Yankah” in ex-President Mahama’s speech was to Professor Kwesi Yankah, Minister of State In charge of Tertiary Education.

I am Professor Victor Kwabena Yankah, an Associate Professor of Theatre in the University of Cape Coast. The ex-president was my school-mate and I often meet with him anytime he is in Cape Coast. During the meeting with the NDC branches in the Cape Coast North constituency, which incidentally is where I reside, I was invited to sit at the high table with the ex-president. Speaking on the Free SHS policy, the ex-president said he would call a national stakeholders conference on the issue. He then cited the caliber of people he would “invite – parents, teachers, senior educationists like Professor Yankah (pointing to me), Prof. (Dr.) Adamu ( pointing to the Chairman of Cape Coast North Constituency of NDC) and the lady who said the opening prayer (A lecturer from UCC)”. At no point did he specifically mention Prof. Kwesi Yankah. This is evidently a case of misrepresentation. Apparently, the ministry did not do its research to find out if there was another Prof Yankah in Ghana.

It would be useful if ministries could cross-check their facts before coming out with serious press releases like the one they did, and avoid embarrassment to the Minister Prof. Kwesi Yankah, who, I believe, knows me, and everybody else.

Department of Theatre and Film Studies