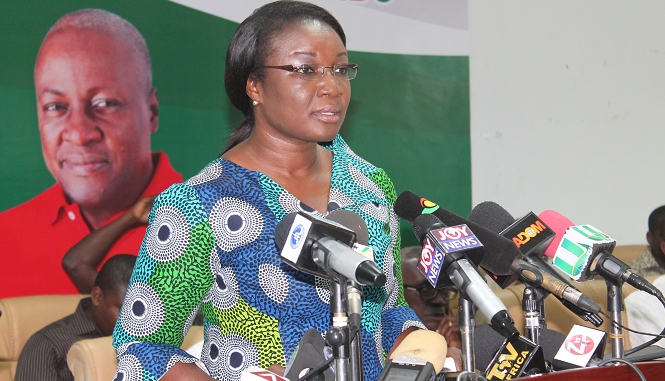 With the release of the full list of the campaign team for the John Mahama 2020 bid, some political watchers are shocked at the inability of the former president’s aide, Mrs. Joyce Bawa Mogtari and his close confidant, Stan Dogbe to make the list.

The observers who spoke to BestNewsGH.com on condition of anonymity said the duo were the last people they expected to be dropped from the list of team members.

They are therefore questioning what would have informed the decision to exclude them from the team, with some arguing that perhaps the former president wants Mrs. Mogtari to remain in her current portfolio as special aide.

Others also are of the school of thought that Mr. Dogbe’s exclusion has been deliberate given the fact that he courted a lot of enemies for himself while the NDC was in power, with the likes of Mr.  Alban Bagbin, the second deputy Speaker of Parliament openly voicing his dislike for him.

Indeed he made the famous statement ‘’If the likes of Stan Dogbe and co are those around the president (John Mahama at the time), then the president is naked”.

While some believe the exclusion of Mr. Dogbe from the team spells good omen for the campaign, others also think Mrs. Mogtari Bawa whose composure and calm demeanor, coupled with her fluid and fluent command of the queen’s language could be a great asset to the team.

The former deputy transport Minister who is also a lawyer by profession has earned the respect of many in the country with her eloquence and intelligence within the short period of her entry into mainstream politics.

It remains to be seen if the duo will be seen playing any role at all in the campaign.