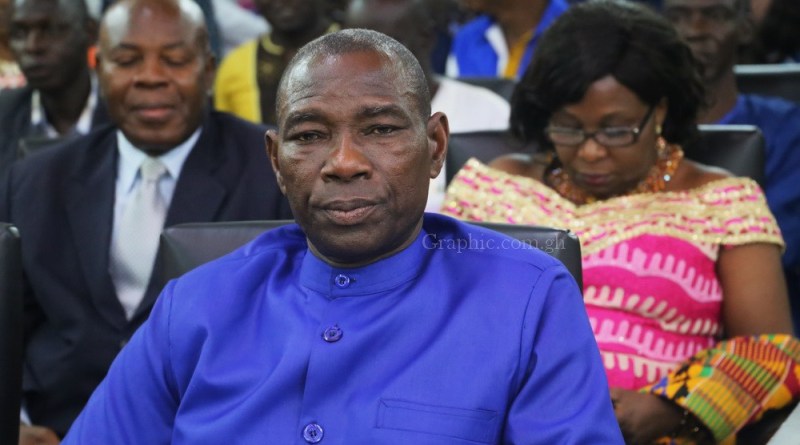 Eastern Regional Minister, Eric Kwakye Darfour has justified the decision to instruct teachers to release students in the Asuogyaman District of the Eastern region to line up the streets to welcome president Nana Addo Dankwa Akufo-Addo who is currently vising the region on official duties.

According to him, the resistance and criticism is emanating from the opposition National Democratic Congress, saying it is only people  who do not reason properly who will condemn a practice that has been around for decades.

The Minister who was visibly angry while granting an interview to local radio station Accra Fm said the practice is nothing new and that there was nothing wrong with calling the students to line up and welcome the president, saying it is a non-issue that should not even be discussed.

‘’When I was a kid and going to school, anytime the president was coming, we were made to go and welcome him, recently when the Danish queen visited the Eastern region, they were made to welcome her, so why is it that they can’t come out and welcome their own president?’’ he quizzed.

The District Director of Education for the Asuogyaman District Mavis O. Yirenkyi earlier in the week issued a letter to some 12 heads of schools in the District, instructing them to release their students to line up the streets to welcome the president.

This has generated a lot of backlash from some politicians, particularly from the opposition National Democratic Congress (NDC).

The Member of Parliament for Asuogyaman, Thomas Nyarko Ampem came out to say the move was retrogressive and unproductive, adding that it was uncalled for.