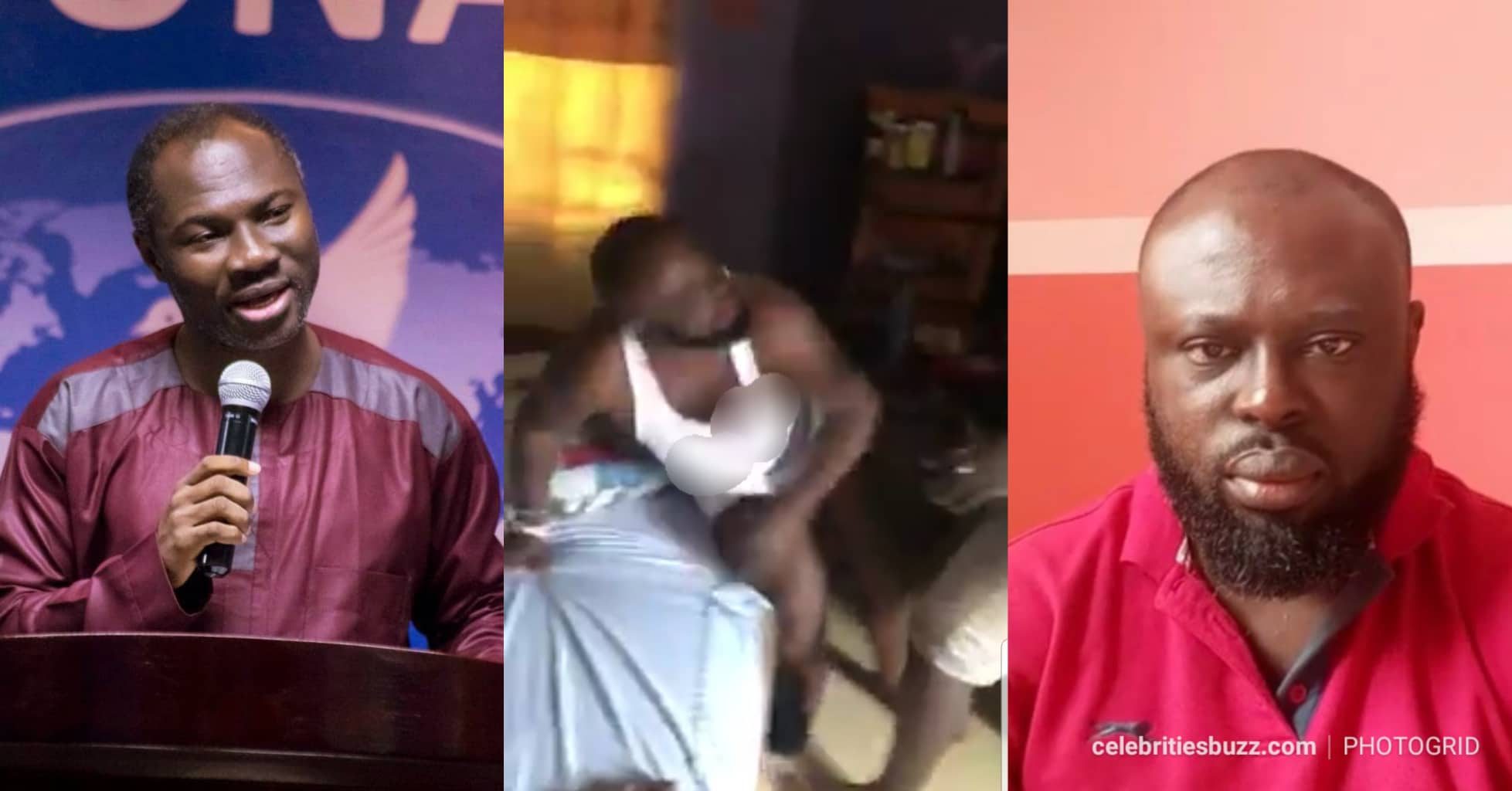 The Pastor who was caught allegedly in bed with a married woman has claimed that he was framed up by a certain lady whom he was trying to help gain marriage from a family abroad.

According to him, he was molested by 5 men contracted by the lady in connivance with two other women and framed up as someone who was laying a married woman.

The pastor who is named, Osofo Emmanuel Appiah, an assistant pastor with renowned Prophet Badu Kobi’s church, said the lady in question is called Deborah and would have been leaving for the United States of America with the man he connected her to in December.

Narrating his side of the story on Accra based okay Fm, he said he was beaten by the 5 men in the living room of the lady and forcefully taken into the bedroom and forced to take-of his cloths and a video shot taken of him.

He said it was the lady who pestered him to come to her house at Yellow house in the Tantra Hills area, under the guise that she was not feeling well, adding that it was when he got there that the woman trapped her and carried out the act together with her accomplices.

The pastor confessed to knowing the lady way back in Kumasi when he was a pastor with Bishop Ebenezer Adarkwa Yiadom’s church.

He also mentioned that another lady who was involved in the case was from the church of Bishop Owusu Bempah, insinuating that the renowned Bishop may have been involved in the whole matter.

He said he has since reported the matter to the police and that he was hopeful that the police will get to the bottom of the matter.