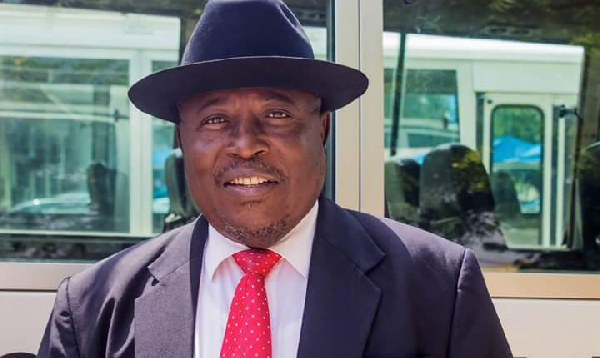 The opposition National Democratic Congress has reacted to news that the special prosecutor, Martin Amidu will be launching an investigation into the alleged diversion of some 6 million dollars of the 173 million dollars meant for the construction of some District Hospitals in selected districts across the country in the erstwhile NDC administration, saying the special prosecutor must be prepared to investigate the first lady Mrs. Rebecca Akufo-Addo on the Startimes bribery issue.

They also want Mr. Amidu to investigate the Kelni GvG deal to show he is unbiased and will be apolitical in his approach to work.

‘’The NDC will encourage and support him to succeed. But he should ensure that if he wants to investigate this particular research issue he must also look into the Startimes bribery allegations against the first lady, the Kelni GVG deal that the communications Minister Ursula Owusu has entangled herself in and is trying to cover up and even recently I heard some 600 thousand litres of contaminated fuel got evaporated or missing at the Bulk Oil Storage and Transportation Company (BOST). He must be ready to investigate all these matters and we will support him’’ said Peter Boamah Otukunor, a deputy General Secretary aspirant of the NDC on a local radio station and monitored by BestNewsGH.com

He said the NDC will be surprised that Mr. Amidu is overlooking even much more bigger corruption allegations against current government appointees and is not taking interest in dealing with such cases but is excited about investigating the 6 million dollar research allegation.

According to him, it is refreshing for the NDC that the special prosecutor has found his groove and is ready to zoom into action, adding that the party will watch him with eagle eyes to see how impartial he will be in the prosecution of his mandate.