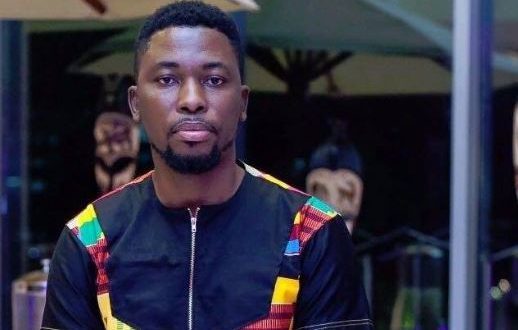 Controversial musician and self-styled anti-corruption campaigner, Kwame plus has turned his ‘machine gun’ on opposition National Democratic Congress (NDC) presidential candidate aspirant, Dr. Ekwow Spio-Garbrah accusing him of taking Ghanaian for fools by accusing his former boss, former president John Mahama of perpetrating some ills while the party was in office.

He described as hypocritical, the inability of the former trade and industry minister to voice all the accusations whiles the party and government of which he was an integral part was in power.

He said ‘’you were in this man’s government for years. You didn’t see anything wrong with him or his government. Not even 1. The only time something came up you quickly denied that you didn’t say it. All of a sudden you want to contest him so you remember everything. You even remember that he was the one that caused the Second World War. All of a sudden you remember that he went and brought the queen of Sheba to King Solomon to fuck. You guys think Ghanaians are stupid abi? You knew he was corrupt yet you kept quiet and served under him for a fee. If he’s corrupt you are worse than him because you were part of it. You are joker.’’

Kwame A-plus said all the political parties and the politicians that play in them are the same and he was confident the same issues and attitude would arise in the ruling New Patriotic Party should president Akufo-Addo decide not to contest again and a new face, say in the person of Dr. Mahamadu Bawumia emerges, saying ‘’Same way all these NPP people don’t see anything wrong with this government today. If Nana Addo should finish his term today or decide not to contest the next elections all those in this government who will want to contest for flagbearer will remember all the wrongs that happened. They will tell us how incompetent Bawumia was in government. They will make noise about how he was unable to manage the economy and the Cedi. Today if you don’t know and you make such comments they will insult you till you get orgasm’’

See below, a hot of what he wrote on his Facebook wall. 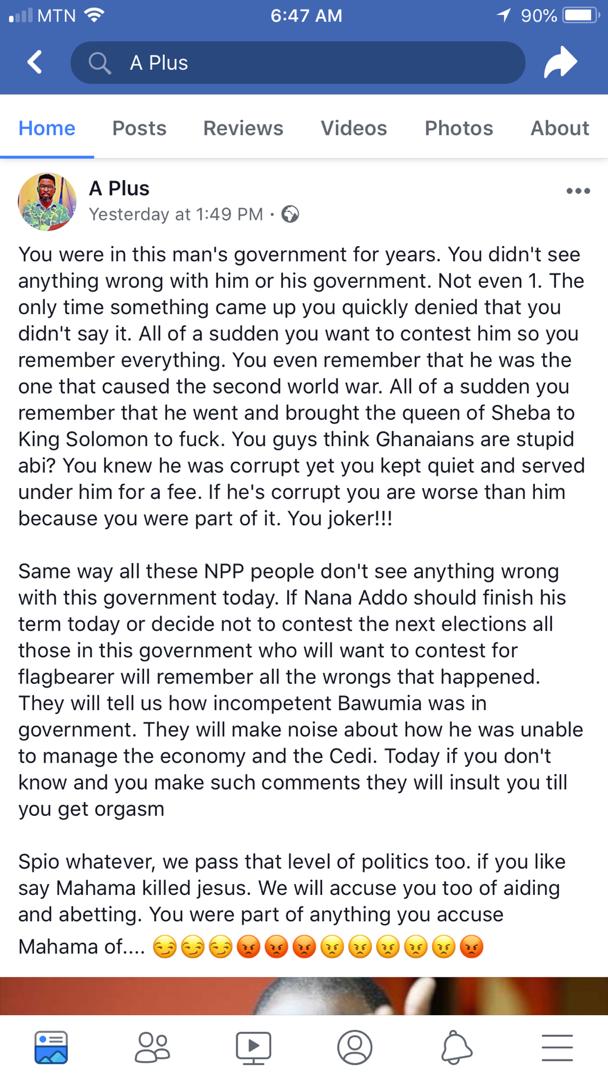