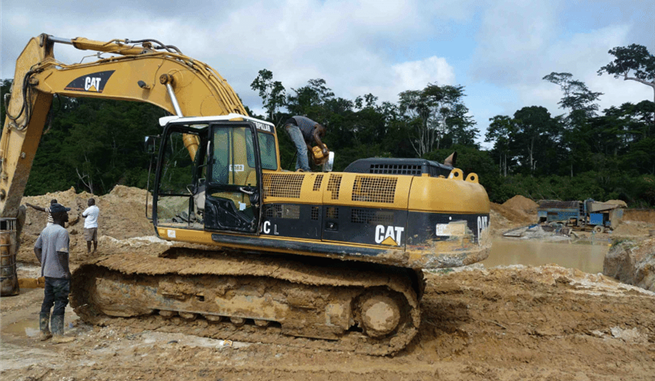 Secretary to the inter-ministerial committee on small scale mining, Charles Bissue has revealed that some 1,600 excavators have so far been uncovered at mining sites in the Central, Western and Ashanti regions.

Of the number, the Central and Western regions account for 1,200, while the Ashanti region accounts for 400, with more to be discovered as the team continues its work in that region.

Mr. Bissue said ‘’the president Nana Addo Dankwa Akufo-Addo wants to know the number of excavators we have in this country. He is not confiscating them. We want to get them affixed with licensed number plates, so that we can keep track of the whereabouts of all these excavators. After the number plates are embossed on them, we will give them back to their owners’’ he assured during a radio interview on an a local radio station in Accra and monitored by BestNewsGH.com.

He revealed that importers of new excavators usually smuggle them right from the ports into the bushes for mining without registering them, making it difficult for the Driver and Vehicle Licensing Authority (DVLA) to keep track and records of them.

‘’Let’s say one excavator charges between 2,500 and 3,000 Ghana Cedis every day, how much of that money comes to government? Absolutely nothing’’ he said.