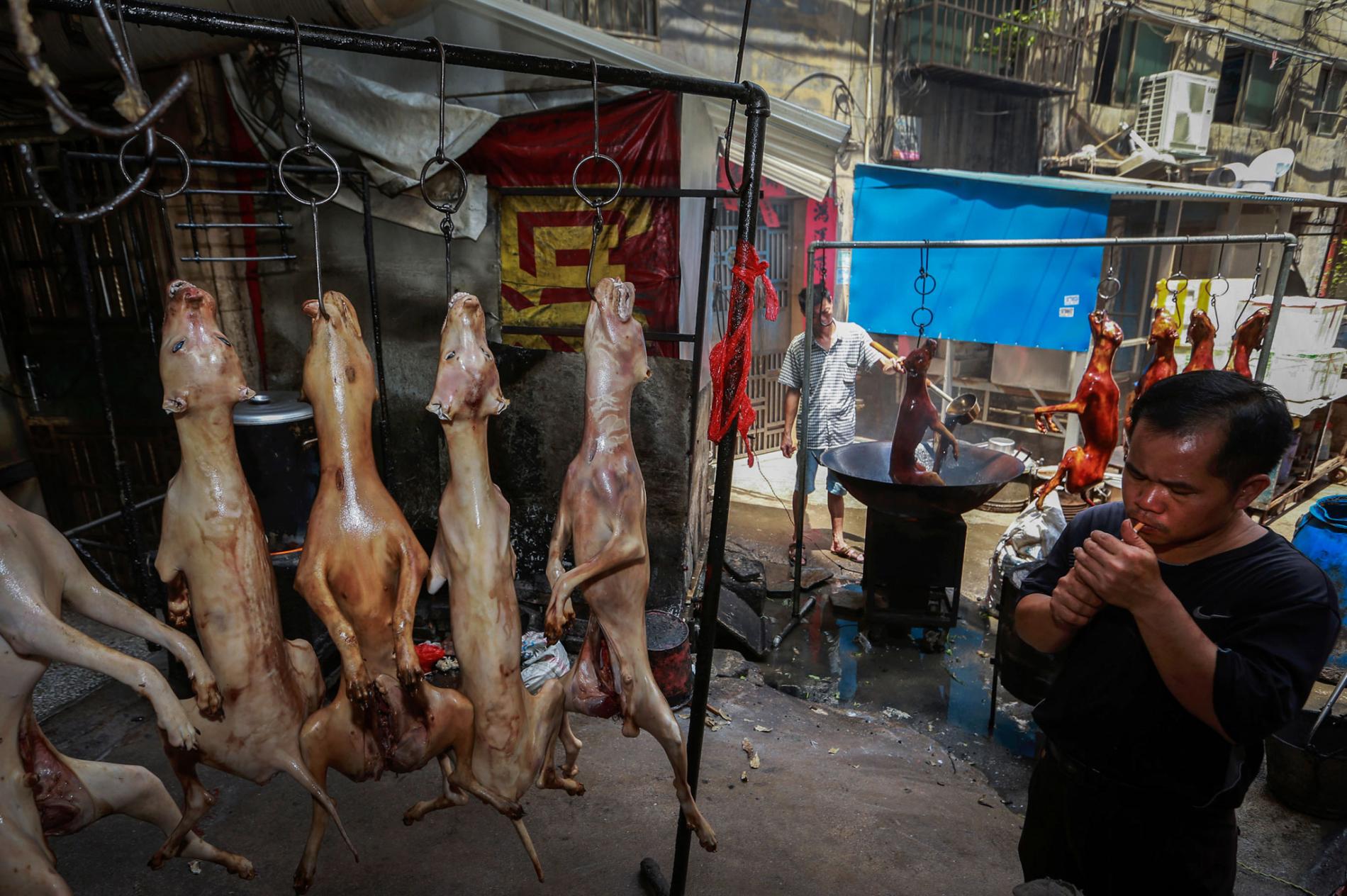 The opposition National Democratic Congress (NDC) Parliamentary Candidate for the Lawra Constituency in the 2016 elections, Bede Ziedeng has teased Member of Parliament for the constituency, Anthony Abayifaa Karbo of failing to establish a dog meat factory in the area as part of the one district one factory policy of the ruling New Patriotic Party (NPP) government.

Mr. Anthony Karbo during his vetting by the appointments committee of parliament for the position of deputy Minister for roads and highways, jokingly made mention of the fact that the upper east region which has a known dog meat market could actually transform the market into a dog meat factory.

Between the dagaabas (People of Upper West) and the Frafras (People from the Upper East) dog meat is a delicacy that is enjoyed by two tribes who incidentally are also playmates.

But speaking on an Accra based radio station and monitored by BestNewsGH.com, Mr. Ziedeng who took to ridiculing the current New Patriotic Party (NPP) administration for non-performance, said he has not seen anything happening with government’s policies of One Constituency, One Million Dollars and the One District, One Factory, saying ‘’I have not seen anything happening in Lawra. That is where I come from. Anthony Karbo said he was going to build a dog meat factory there and he hasn’t delivered’’ he said amid laughter.

Mr. Ziedeng went further to intimate that the abysmal performance of the current administration has brightened the chances of the NDC to recapture political power in 2020.