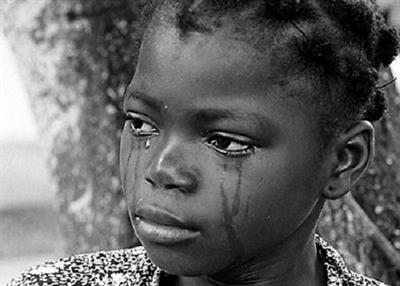 The mother of an 11-year-old girl (name withheld) who was repetitively defiled by her father since she was eight years old, has threatened to kill her daughter if her father is jailed for the crime since she (the mother) says she has no means of taking care of the little girl.

The victim’s father was arrested by the police and is currently standing trial for alleged defilement after, Gifty Mensah, a social worker who got the information, lodged a complaint with the law enforcement body.

Narrating the incident to Benjamin Akakpo on the Executive Breakfast Show (EBS) on Wednesday, 3 July 2019, Ms Mensah said she learned about the incident from a colleague in charge of girls education at the Ga South District when she called her on Monday, 25 March 2019 and said she wanted to transfer a case to her since it fell under her jurisdiction.

The following morning, Ms Mensah said she and her colleague went to the Domestic Violence Victims Support Unit (DOVVSU) of the Ghana Police Service and were told by the officer that the little girl had been found loitering around the West Hills mall at Weija.

“This … girl was found loitering around the West Hills mall in her school uniform, so, the police, who were patrolling the area, saw her and questioned her and she said she’s running away from home because the father would beat her. In fact, that is how she put it, so, later on, they got the Social Welfare involved and she was questioned.

Ms Mensah, who is in charge of Girls Education in the Gomoa East District of the Central Region, together with another lady, later took the victim to DOVVSU-Kasoa, and later put in a shelter at Kasoa after an extract from the police was taken. Ms Mensah said all efforts to contact the victim’s father proved futile. He was, however, picked up after two weeks by the police from his residence and arraigned the following day.

Precious was, however, sent to the Swedru government hospital where she was treated for an infection.

She said the little girl, who currently wets her bed, is physically fine except that she is unable to concentrate in class and behaves like a baby most of the time.

The girl was also sent to the Trauma Hospital for psychological treatment and the case has been in court since then.

Meanwhile, the mother of the defiled girl, who told officials of the Social Welfare Department that she lived at Agbogbloshie, demanded that her daughter be sent back to her father because she (the mother) was incapable of taking care of her (the daughter) and threatened to have nothing to do with her if she was not sent back.

Within the precincts of the court, she once threatened to kill the little girl if her father was jailed, according to Ms Mensah.

Ms Mensah said: “She [the mother] saw the girl and told her: ‘You if your father is jailed and you’re brought back to me, I’ll kill you’”.