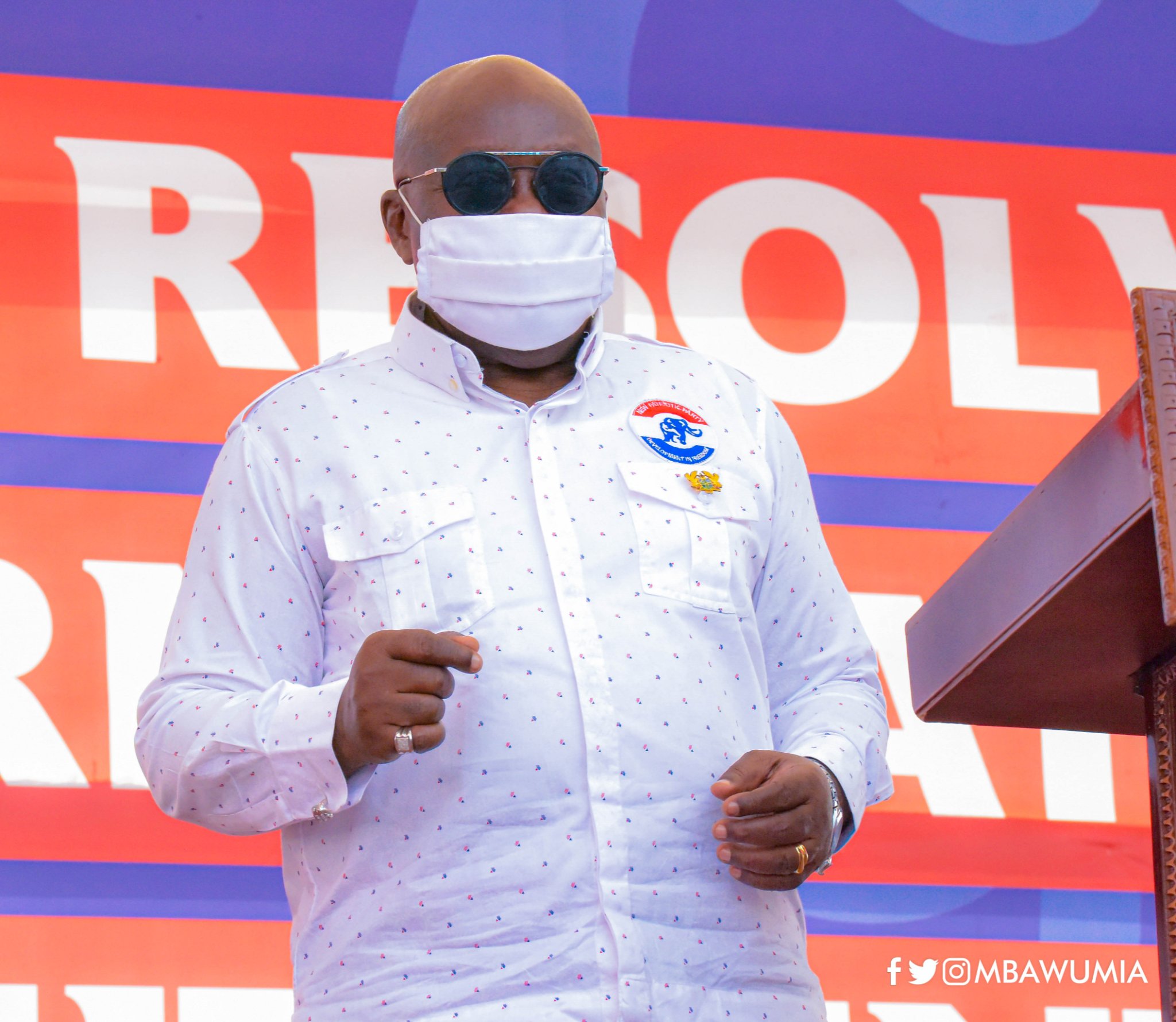 President Nana Addo Dankwa Akufo-Addo has expressed the desire to hand over power to an NPP government in 2025 but indicated that internal party actions leading to the next election will actualise that dream or not.

“Every step taken now leading to 2024 is going to be decisive either to give us victory or not,” he told party delegates in Kumasi on Sunday.

The New Patriotic Party is in Kumasi for it’s annual delegates conference to take stock, amend portions of it’s constitution and touch base with it’s grassroots.

The president said competition within the party could not be avoided but “it help the party and not hinder it so we can break the eight.”
But he reckoned that it would require discipline and a united front; promising a level playing field for all presidential aspirants to produce an acceptable leader to be backed by all.

On the economy, the president said he was aware of the situation in the country and the difficulties people were going through as a result of the economic slowdown caused by the COVID 19 pandemic.

However, he said it was not time to through our hands in despair as a people indication his government was determined to bring Ghanaians out of the situation.

The president said the solution lied with the “Obatampa” economic programme which if followed through will lead to progress and prosperity for all.

Touting his economic achievement in the last five years, President Nana Addo Dankwa Akufo-Addo said his government has spent more money on education, health, agriculture, infrastructure especially roads than any other government under the fourth republic.

He said most of the programmes and projects being executed were thought through while in opposition challanging the main opposition party, the National Democratic Congress (NDC) to point to one social intervention they rolled out while in government.
Majority in parliament

President Akufo-Addo seized the opportunity to clarify what appear to be a wrong impression about the majority and minority status in parliament.

He commended NPP parliamentarians for supporting government business and passing the appropriation budget last Friday with the hope of navigating the final fave of the bill.

He said after deceiving it’s followers of winning the election, the NDC came to court to change the narratives that indeed no one won the election.

To him, the NPP has become the most important driver of the Ghanaian vision and developmental agenda and responsible for most important policies that touched on the lives of everybody.

The Vice president said comparing the NPP and the NDC was like comparing day and night.

Focusing more on the NDC the Vice-president said the opposition party has no transformational policy unlike the NPP which has rolled out at least 25 social interventions to reduce the suffering of Ghanaians.

He reckoned that the government had not solved all the problems facing Ghanaians but per the macro economic indicators, the NPP has performed better.

According to him, average bank lending rate under the NPP is 21 per cent while under NDC it was 32 per cent.

To him, average exchange rate depreciation over the last four years is the lowest since 1992 while trade balance has recorded surpluses consistently for four conservative years.

On jobs, the vice president said the government has created at least 750,000 to the unemployed youth.

In a message sent to the conference, former President John Agyekum Kufuor, called for reconciliation among the rank and file of the party membership.

“With unity and committed fellowship, the party and government’s attractiveness will be urgently restored and deepened,” he said.

Former president Kufuor said the party must urge party headquarters to urgently equip itself with a professional strategic team to ensure that it’s opponents do not outsmart the party in the current battle of wits which is pervading in the national political arena.

He said this has to be sustained to guarantee victory for the party in the 2024 general elections.

The former president said under no circumstances must leadership of both party and government become detached from the grassroots since it will destroy the tradition’s of Democratic genome.

The Majority Leader and Minister of Parliament Affairs, Mr Osei Kyei-Mensah-Bonsu, appealed for a serious introspection of things that were holding the party down.

According to him, if the NPP is able to unleash it’s full potential it will be difficult for any other political party to operate in contemporary time.

But he insisted that this could only be realised if the party members were able to burry their hatred against each other after primaries.

Mr Kyei-Mensah-Bonsu said the increasingly monetization that accompanied the party’s internal elections called for refection on the appropriate methods in choosing party leaders at all ranks of it’s structure.

He said the current system only helps to widen and deepen the gaps rather than helping to build a united party.

The Majority Leader reckoned that the current system only breeds factionalism which is tearing the party apart.

The Suame legislator applauded the people of Ashanti for playing a central role in the party’s last election and it was time to connect with the grassroots.

He described the region as the nerve centre of the party saying that Kumasi was always crucial in determining who wins any general elections.

Mr Kyei-Mensah-Bonsu said, however, that as a party it was time to confront the reality and not assume that everything was right.

The Ashanti regional Chairman of the party, Bernard Antwi Boasiako (Wontumi), in a characteristic mood touted Ghana as a better place to be even better than the USA and the UK under the COVID-19 regime.

He reiterated the need for unity because according to him, “development will not fall from heaven.”

He reassured party faithful that the party was working hard to win the 2024 election and beyond because “it’s a movement and cannot be stopped.”

Chairman Wontumi as he is affectionately called said not even the NDC could stop it.