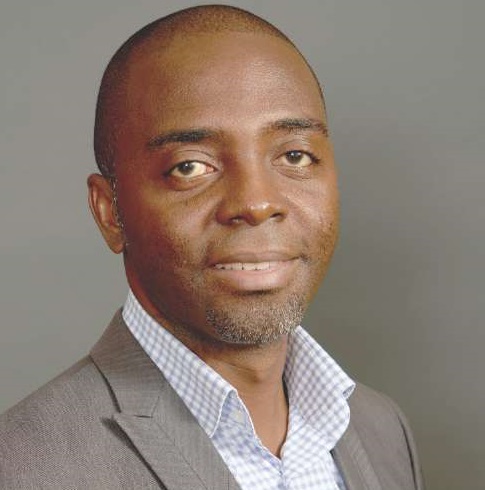 A data analysis on digitalising claims under the National Health Insurance Scheme (NHIS) has recommended a full digitalisation of all NHIS claims as the key strategic policy action for the future of the NHIS.

It revealed the need for the National Health Insurance Authority (NHIA) to fully digitalise its claims submission and vetting process to realise the full value of its own data for the benefit of the health ecosystem.

A report, jointly written by the Country Director, Pharmaccess Foundation, Dr Maxwell Antwi, and the Deputy Director in charge of Claims at the NHIA, Dr Yaw Opoku Boateng, said from the analysis, strategic action would be an effective cost-containment measure for operational efficiency and strategic management decision-making as a data-driven insurer.

The report was on analytics of three years of NHIS electronic claims, valid from January 2017 to December 2019.

It was a joint research by a team from the NHIA, the Pharmaccess Foundation and the Economics Department of the University of Ghana.

Some 18 million electronic claims, worth GHc800 million, were analysed by a team of experts, led by the NHIA, with technical support from the Pharmaccess Foundation, to enable the NHIA to deepen its reliance on data for strategic policy-making.

According to the data, the highest single claims payments were for pregnancy, with delivery accounting for 16.1 per cent of total claims cost and the treatment of hypertension and diabetes accounting for 14.6 per cent, with the two representing more than 30 per cent of all claims within the period under review.

In that same period, the analysis revealed that diagnoses for hypertension and diabetes rose sharply in patients above age 18.

“Medicines constituted nearly 34 per cent of average claims cost. The medicines cost was as high as 70 per cent for some CHPS facilities, which could be due to over prescription or over-billing for medicines. However, high under-prescription of medicines was observed for specific urban-located facilities, compared to peer facilities (ownership and level) with similar urban locations,” it said.

Cause of higher claims cost

The report further suggested to the NHIS to have a system in place that allowed for the tracking and linkage of prescriptions to submitted claims in order to detect and regulate unethical provider behaviour and provider shopping by NHIS members, both of which had resulted in higher claims costs.

“Cost-wise, it was revealed that multiple diagnoses per claim have high implications on claims costs, as average cost per claim increased by over 400 per cent from GHc40 per claim with single diagnosis to GHc166 per claim with five diagnoses,” it said.

Further analysis depicted that the average cost of claims was lower in December 2019 — GHc43.30 — than in January 2017 — GHc44.80 — despite three consecutive increases of about 20 per cent per annum in NHIS service and medicines tariffs within that period.

Speaking on the NHIA Data Day as part of the NHIS Week celebration, Dr Antwi said the best way to control cost was to continue digitalising by making the filing of claims purely electronic.

”When it comes to female genital cancers in low middle-income countries, cervical cancer is number one; the cases are being seen, but most of them are financed out of private pockets and that is because there are challenges with the NHIS costing structure and the guidelines,” he said.

He said the NHIA was, therefore, taking steps to address the costing structure and treatment guidelines for cervical cancer management as part of its benefits package.

On why the data analytics were important, he said they were expected to transform the NHIA into a data-driven insurer, making the most of its own data.

“Improving operational elements, including enrolment efforts, efficient claims cost management and mobilisation of resources, such as informal sector premiums, as well as increasing transparency regarding adherence to protocols and benchmarking across providers and countries, resulting in better health outcomes, are some other key importance of the initiative,” he said.

Dr Antwi said the full digitalisation of the NHIS would create room for continual data analytics, tipped to enhance the human resource capacity at the NHIA through the capacity development of operational-level personnel to include data analyses and data insights as part of the daily decision-making.