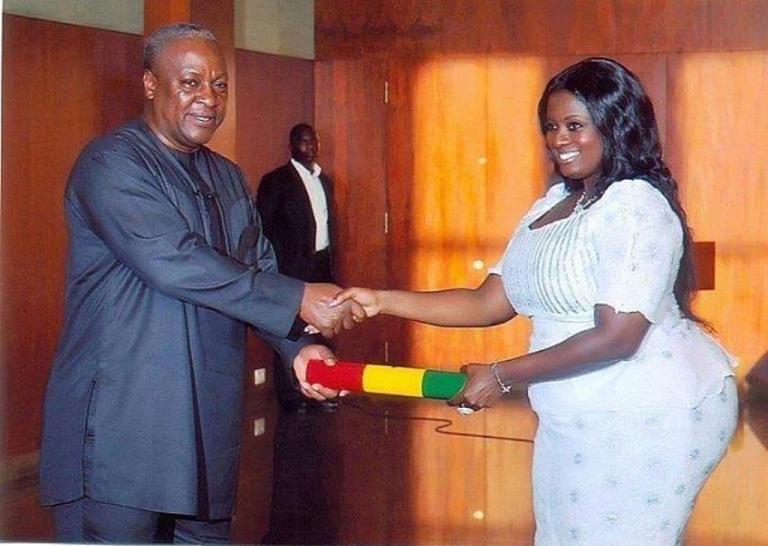 Former Deputy Communications Minister in the erstwhile John Dramani Mahama administration seems to have gotten tired of being accused of trading her body for opportunities.

She has gone berserk on a Facebook user who asked her how many times former President John Dramani Mahama has had sex with her.

An obviously angry Ms. Hammah replied to Mr. Pageege Isaac saying ‘’It didn’t produce a child as useless as you. Unlike your poor mother, it got me a very big job’’

The ‘fight’ between Ms. Hammah and Mr. Pageege began when the former deputy Minister posited in a post on her Facebook page that no one was rejoicing about the COVID-19 pandemic and that they were praying for it to be over soon, so that they can change the government.

This elicited a response from Mr. Pageege who asked “ to come and continue your sex for appointment ryt.’’

BestNewsGH.com can report that the exchanges between the two went on, with Mr. Pageege even going to the extent of dropping his phone number and asking Ms. Hammah to call and meet him at a hotel so he can finish her with 3 rounds of sex.

See their exchanges below: 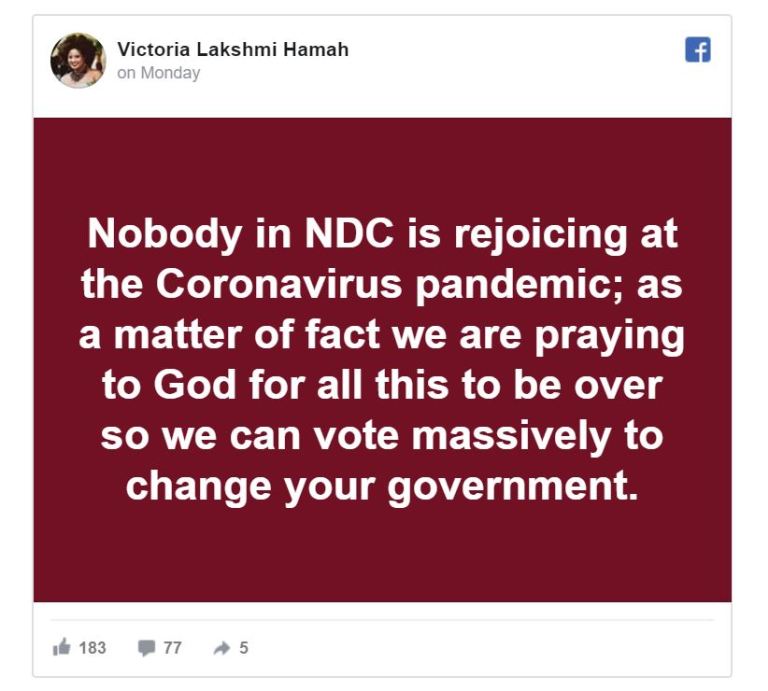 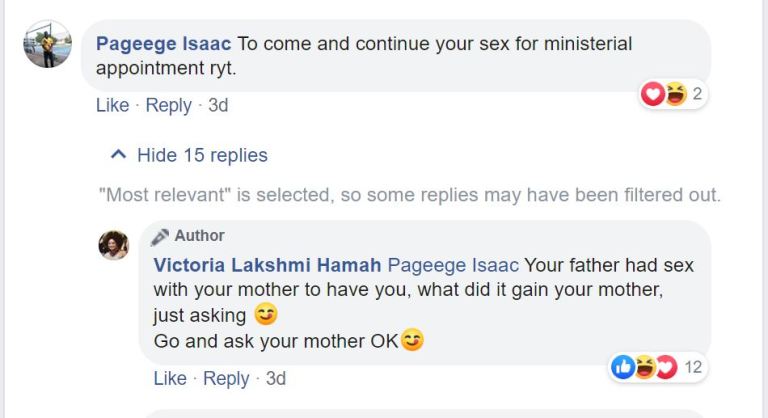 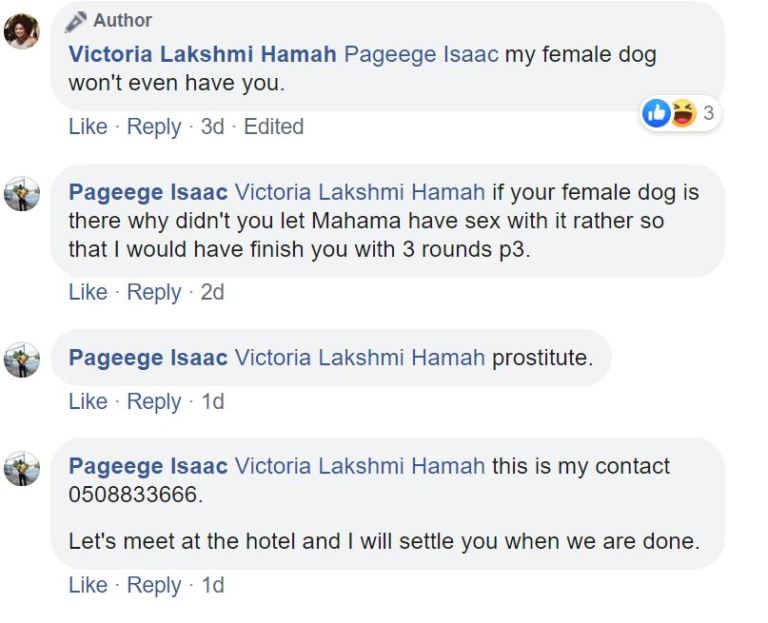