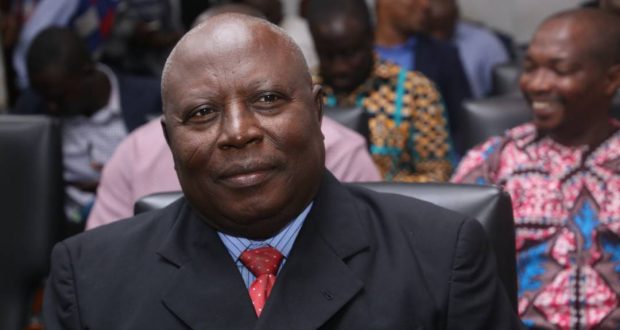 Director of Communications of the ruling New Patriotic Party (NPP) Yaw Buabeng Asamaoh says he will not discuss matters relating to the special prosecutor Mr. Martin Amidu because he ‘fears’ him.

Mr. Buabeng Asamoah who is also the Member of Parliament for Adentan Constituency in the Greater Accra Region was having a live discussion on an Accra based radio station and monitored by BestNewsGH.com declined to discuss a particular issue raised by the host of the programme concerning Mr. Martin Amidu, saying ‘’As for Martin Amidu I fear him, so I won’t talk about him’’.

The Adentan Member of Parliament was however quick to add that the establishment of the office of the special prosecutor is ample testimony of government’s determination to fight corruption.

He argued that the mere fact that Mr. Amidu comes from the stables of the opposition National Democratic Congress (NDC) which is the biggest foe of the ruling party the New Patriotic Party (NPP) and without hindrance to pursue officials in the current administration connotes the president, Nana Addo Dankwa Akufu-Addo means well for the country.

He added that all the logistics Mr. Amidu requires to function effectively in his office as special prosecutor will be provided shortly for him to prosecute his mandate.