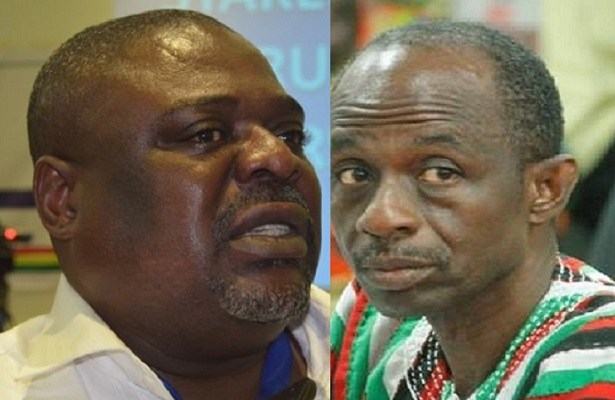 New Patriotic Party Member of Parliament for Adentan Constituency in the Greater Accra Region, Yaw Buabeng Asamoah has jabbed General Secretary of the opposition National Democratic Congress (NDC) saying Mr. Asiedu Nketiah has become confused because of the stiff competition he is receiving from his deputy Koku Anyidoho.

Mr. Koku Anyidoho is challenging Mr. Johnson Asiedu Nketiah for the General Secretary position of the opposition NDC and political analysts believe the contest is very tight and close to call, with some even predicting an Asiedu Nketiah defeat.

Mr. Buabeng Asamoah who addressed a press conference yesterday October 3 2018 on what the NPP said was to set the records straight on misinformation peddled by the NDC said ‘’it appears Mr. Asiedu Nketiah was on a mission to make noise and hopefully boost his flagging campaign for re-election. Otherwise, no logical explanation comes easily to mind for his antics exhibited in the full blown press conference, followed up with numerous media appearances’’

He said on Accra based okay Fm and monitored by BestNewsGH.com that Mr. Asiedu Nketiah’s recent hopping from on media house to the other is a last minute attempt to portray that he is hardworking and also to win the sympathy of party delegates adding that his defeat is crystal clear.

He went further to vouch for the experience and track record of the Mr. Asiedu Nketiah, adding that he will opt for him in place of Mr. Koku Anyidoho.