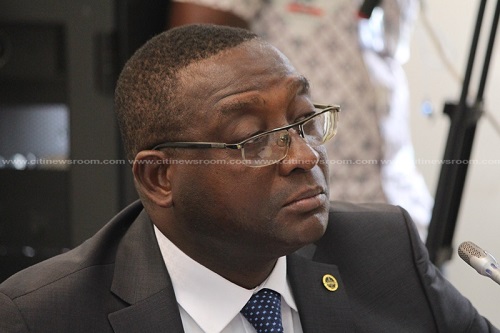 Director of Communications of the ruling New Patriotic Party (NPP) Yaw Buabeng Asamoah has justified the forensic audits that government sanctioned on some state institutions, saying they are meant to ensure cases taken to court against corrupt officials are water-tight.

Mr. Buabeng Asamoah said the NDC per its press conference addressed by its General Secretary, Johnson Asiedu Nketiah, sought to confuse Ghanaians and portray the ruling government as mismanaging the country and trying to witch-hunt past NDC officials.

He cited the case against former Cocobod Chief Executive Officer, Stephen Opuni which is currently before court, arguing that the defendants in the case are trying to use some technicalities to free Dr. Opuni, adding that it is such technicalities that government wants to avoid, hence going beyond ordinary audits.

He admonished officials of the erstwhile NDC administration who believe they are complicit in one way or the other or engaged in one corrupt practice or another, to ignore their General Secretary, Mr. Asiedu Nketiah and take steps to clear their names before the full force of the law descends on them.

He accused the NDC and its leadership of preparing the minds of Ghanaians to sympathise with them when the law catches up with them, adding that some of the accusations the party is levelling against government are baseless and childish and lacks substance and merit.