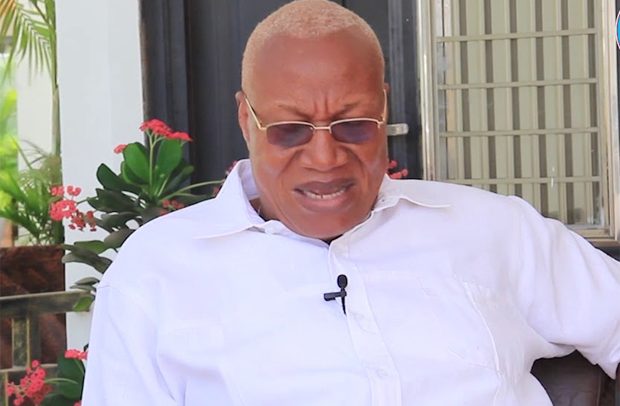 According to him, he is at a loss as to why the former president is contesting him, since he was the first to announce his intention to go for the position, in order to lead the party into the 2020 elections.

Speaking on Accra based Asempa Fm’s Eko Sii Sen programme, the former rector of the University for Professional Studies Accra (UPSA) said he finds it baffling when people ask him why he is contesting former president Mahama for the flagbearership slot, when the reverse should have been the case.

Professor Alabi believes he is on the way to becoming the next president of the country, explaining that his only obstacle is the NDC primaries saying ‘’once I sail through the primaries and delegates do me the honour of electing me to lead them into the 2020 elections, president Nana Addo will definitely pack bag and baggage and leave the Jubilee House, because the owner of the presidency has arrived’’ he said.

In his estimation, the demeanor by the NDC delegates across the country gives the impression that he will emerge victorious in the February 23, 2019 primaries.