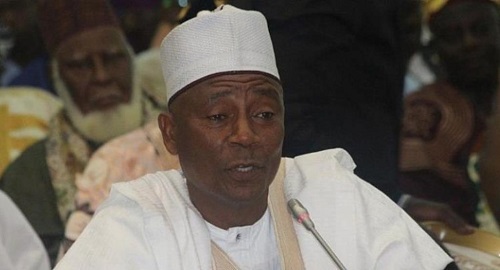 The ruling New Patriotic Party Member of Parliament for the Madina Constituency in the Greater Accra Region, Boniface Abubakar Saddique has dispelled accusations that he deliberately refused to attend the funeral of murdered lead journalist for Tiger Eye PI, Ahmed Hussein-Suale.

According to the MP, he was in faraway Northern Region on an official assignment with the vice president, Dr. Mahamudu Bawumia with respect to the final funeral rites of the late Yaa Naa Mahamadu Abdulai IV and late Yaa Naa Yakubu Andani II, as well as the selection of the new Yaa Naa, Yoo Naa Abukari Mahama.

‘’It is true that when the incident happened I was out of town. I was in the North in Yendi specifically. But even that, I sent a delegation to the deceased’s house to commiserate with the family. We presented cash towards the burial in accordance with the customs and traditions of the North where the deceased hail from. And when I returned, on Saturday after prayers, I went there with my team and greeted and commiserated with the family again’’ he said on Accra based okay fm.

Mr. Abubakar Saddique who is also a  Minister of State at the office of the Vice President said as a true northerner and a Muslim, he is abreast with all the traditions of the north and has followed same to the letter, with regards to the funeral of the slain journalist.

According to him, the family of Ahmed Suale are currently in his hometown of Wulensi in the Northern region to perform other funeral rites in accordance with tradition and that when they return, he and his team will visit the family again.