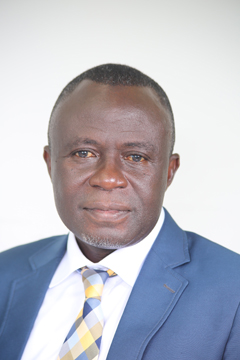 The ruling New Patriotic Party (NPP) Member of Parliament for Manso Adubia in the Ashanti Region, Yaw Frimpong Addo has said he supports the rampage carried out by residents of Adenta and Madina over the Adenta footbridge which non-completion has led to the loss of several lives, the most recent being the killing of a female student who was knocked down by a speeding vehicle.

According to the MP who is also the chairman of government’s assurances committee of parliament, what the rampaging residents did was akin to positive defiance even in a democracy, saying it served a purpose.

‘’I believe in what the people did on positive defiance even in a democracy, it serves a purpose and this one, you see hurriedly the way the affected ministries had to come together and went there. So that was positive. They must hold some of us accountable’’ he said on Accra based Joy Fm.

He said the government assurances committee will endeavor to follow the issue and ensure that the inter-ministerial committee on road safety meets the timelines for fixing the footbridge.

‘’We in government assurances committee, it is one of the things that we are going to follow because you remember the roads minister and the inter-ministerial committee that has been formed, they have come up with a statement and we take it that this is a public statement. It is one thing that I told some of my committee members that this is good for us, we are going to be on their neck to pursue them’’ he added.