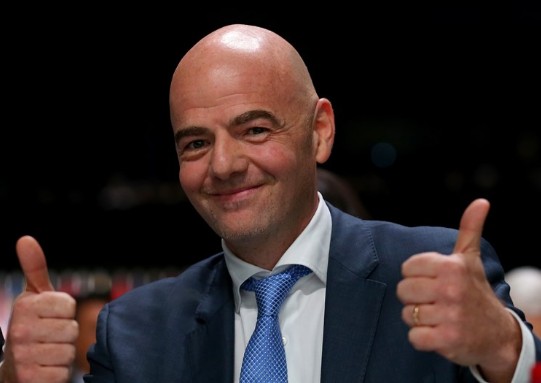 Youth Think- Tank, YAM-Ghana have praised world Football Governing Body, FIFA, for the Life ban punishment meted  out for the embattled former President of the Ghana football association Mr. Kwesi Nyantakyi and calls for other agencies and State institutions to learn from that in the fight against corruption in the public Sector.

The Director of policy and Research of the group, Emmanuel Atanga Stated that ‘’corruption will forever remain a hindrance to nation building if relevant institutions don’t commit themselves to prosecuting corrupt officials in our public service.’’

He wondered why Mr. Nyantakyi could have just walked away free despite the hard-core evidence implicating him in the number 12 Anas expose Video.

He said “FIFA have redeemed its image  and integrity by  taking the Anas expose seriously, culminating in the decision to offer Mr. Nyantakyi a fair hearing, a hearing which later found him guilty of all the charges.’’

FIFA has placed a life ban Kwesi Nyantakyi after he was found guilty of conflict of interest, bribery and corruption.

He was also fined an amount of CHF 500, 000 which is equivalent to half a million dollars.

Kwesi Nyantakyi will have no place in any football-related activity in the world. ”The adjudicatory chamber found Mr Nyantakyi guilty of having violated Article 19 of (Conflict of Interest) Art 21 Bribery and Corruption, and Article 22 Commission of the FIFA Code of Ethics 2012 edition.”