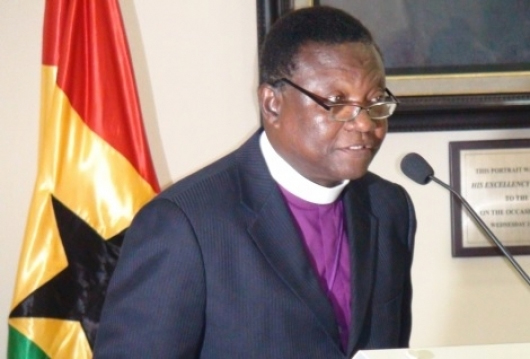 Most Rev. Professor Emmanuel Asante, the Chairman of the National Peace Council has dispelled suggestions by the opposition National Democratic Congress (NDC) that he is in cahoots with the ruling New Patriotic Party (NPP).

According to him, he is not a politician and does not hold the membership card of any political party in the country, explaining that he approaches his work from an apolitical point of view and doesn’t meddle in the politics of the country.

He said he has always been neutral and unbiased in the prosecution of his mandate as the Chairman of the National Peace Council.

Professor Asante who was speaking in an interview on Class 91.3FM’s Executive Breakfast Show (EBS) on Thursday, 28 February 2019, opined that “There is no person in Ghana who is apolitical but I don’t belong to any party, I don’t hold any party card”.

According to the former Moderator of the Presbyterian Church of Ghana, he is a Ghanaian citizen who exercises his constitutional right to vote every 4 years and that once he goes to vote, he votes for a political party and that remains his business, adding that he wouldn’t flaunt which party he voted for.

He said he does not and has never campaigned for any political party saying ‘’ I hold a double-edged sword and Ghanaians have difficulty with it”.

He added that he is a national politician and not a political politician, explaining that his duty is to promote national cohesion and unity and cannot sit aloof when things go wrong.

Prof Asante further noted that he has a good relationship with former President John Dramani Mahama and President Nana Akufo-Addo, adding that: “Nobody is an enemy, nobody takes sides, I don’t belong here, I don’t belong there”.

He, however, said it “does not mean I may not have my own preference”.

His comments come on the back of the explosive leaked audio involving the National Chairman of the opposition National Democratic Congress (NDC), Samuel Ofosu Ampofo in which the NDC chairman is heard inciting party supporters against him (Rev. Asante).