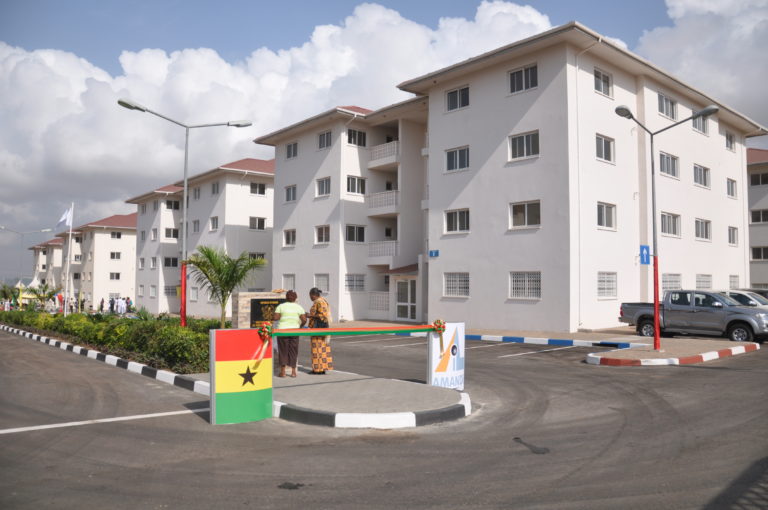 Ghana’s population is presently estimated at 30 million with a housing deficit in excess of 1.7 million rooms as at the year 2000 according to the 2000 Housing profile report.

According a recent United Nations (UN)-HABITAT commissioned report, Ghana had a total housing deficit of 2.5 million rooms, implying a worsening of the deficit situation by about 47% since the earlier estimate in the year 2000.

Currently, the yearly demand for housing is hovering around 1.7million, meaning 700,000 units of houses are needed annually to meet this demand. And the required investment needed to meet this annual demand is estimated at between US$51.8 billion and US$52.5 billion over a period of 10 years.

With the above troubling situation, a national housing policy was drafted in the year 2015 with the aim to put an end to the worsening housing deficit in the country.

The overall objective of the National Housing policy is to provide adequate, decent and affordable housing that is accessible and sustainable to satisfy the needs of Ghanaians.

Here are some paper work measures various governments have attempted to implement to end the housing crisis in Ghana.

The Government’s vision is to use an appropriate mix of public policy and public private investments to deliver quality, affordable social housing and private housing solutions that meet the needs and financial capacity of the ordinary Ghanaian. The Government recognizes the dream of all Ghanaians to own a home or failing that, at least to have decent rental accommodation.

The concept of Affordable Housing is housing that is reasonably adequate in standard and location for lower to middle income households and does not cost so much that a household is unlikely to be able to meet other basic needs on a sustainable basis.

It includes social, rented and intermediate housing provided to eligible households whose needs are not met by the market.  It also refers to a number of forms that exist, emergency shelters, transitional housing, social or subsidized housing to formal or informal rental.

The widely accepted guideline for housing affordability is a housing cost that does not exceed 30% of a household’s income.

The inability of the private-sector to meet effective demand of the low to the middle income group over the years, created a huge deficit for that group. This in turn created a strain on the existing stock and infrastructure, particularly in urban areas. The situation therefore called for some form of intervention by government.

It was with this background that the Affordable Housing Programme was launched in 2005 with the objective to provide accommodation for low to middle income workers of the country and create jobs and improve incomes.

This programme was initiated at Borteyman and Kpone in the Greater Accra Region. It was later extended to Asokore-Mampong in the Ashanti Region, Koforidua in the Eastern Region, Tamale in the Northern Region and Wa in the Upper West Region. The entire houses that are being constructed at these locations are made up of 4,720 units.

In 2008, the project stalled as a result of inadequate funding. However, as part of the Ministry of Works and Housing’s effort to get the project completed, the Ghana Armed Forces was allocated six blocks of 48 housing units at the Borteyman site which has since been completed and being occupied by them. The State Housing Company Limited was also allocated five blocks of 72 units which have also been completed and sold to the good people of Ghana.

The remaining 1,358 units were handed over to the Social Security and National Insurance Trust (SSNIT) in 2015 for completion. The project has since been brought to a practical completion and is currently on sale.

As the population of Accra keeps growing, the Government saw the need to decongest the capital city of Accra and initiated another affordable housing project at Saglemi in the Old Ningo District to provide the needed houses and other social amenities to support the industrial area and the proposed Aeropolis which is located close to the site.

The project is providing a total of 1,502 housing units for occupation and is currently progressing steadily as planned with the current overall completion at 84 per cent. 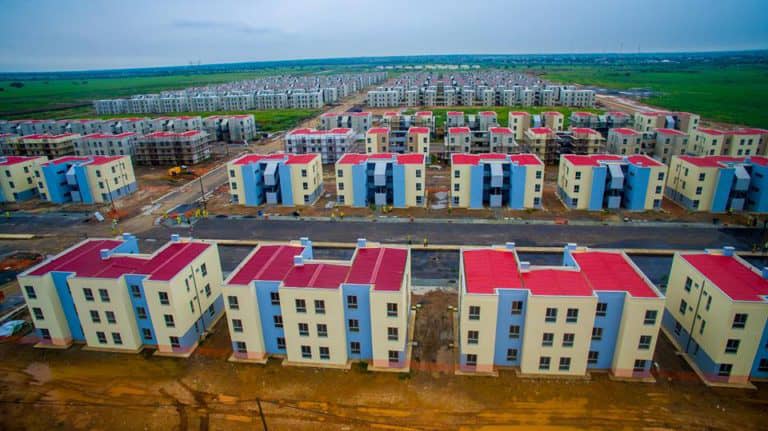