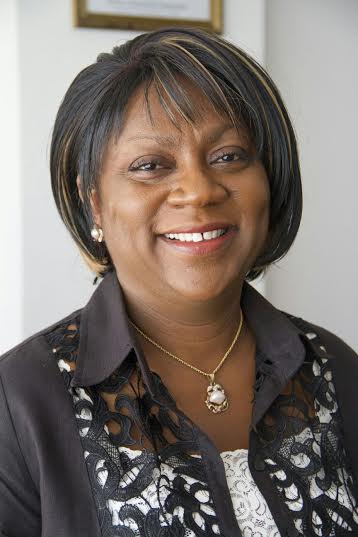 I have read all sorts of articles in the newspapers today, September 20, 2018, based on what is claimed to be a report of a so-called Cabinet Committee Responsible for the Coordination of Investigations/Forensic Audits.

The allegations? That Ghana Gas purchased helicopters from China National Aero Technology Import & Export Corporation (CATIC), but they have never been used for the purpose of its purchase thus causing financial loss to the state of US$54,800,000.00; that the equipment for the helicopters was not delivered even though it was part of the contract price (US$5,958,366.76) and that ab initio training cost was not fully utilised for its intended purposes (US$300,000.00).

Then came the interesting part where members of the Ghana Gas board on which I served are listed in the ‘report’ and in the publications as though we have all been approached to account for the helicopters and associated matters.

Did the so-called Secretary of the Cabinet Committee not find this out in his deep sea fishing expedition? Is it that he does not even know how to  ‘google’ and read, in case all other investigative processes failed him?

This shoddy work being passed off as a Cabinet Report is disgusting, to say the least!

Is this the usual Akufo-Addo style of work, running roughshod over laid down rules and regulations?

And have journalists stopped even superficial investigative work prior to releasing stories? Do their journalistic memories not even manage to straddle a few years back when a live ceremony in September 2015 evidenced the handing over of the helicopters to the Ghana Air Force? Did any of them have any editorial suggesting their own findings in the matter?

Is Ghana safe under President Akufo-Addo? Are other sensitive and confidential cabinet documents being leaked in same manner?

The Cabinet Secretary, Madam Debrah-Karikari, must investigate this ‘azaa’ leak and put her findings in the public domain.  Otherwise, she must hang her head in shame and resign with immediate effect. When the Ben Eghan(s) and Roger Ansongwini(s) were at post, we did not see such grossly incompetent lapses. This must not be seen under a female Cabinet Secretary!

As for Dua Agyeman, the least said about him the better. An elderly man who declared a personal vendetta against me during President Mills’ era because I was instructed to write to him informing him that he was not entitled to certain benefits he was vociferously claiming.

Massa, I noted all your demonic moves, skewed articles in the papers and slip-sliding permutations, but I decided to ignore you because I was an officer at the Office of the President and I deemed it proper to remain silent in the face of adversity.

I am chilling in Opposition now, so I dare you to ‘try me’.

Is this the expertise you offered a sitting Government?  And then you gleefully signed your name as Secretary to a Cabinet Committee. Your haste for revenge will cause you to trip.

I noted in the last paragraph your request for renewal of UNDP support and a vehicle for your own use. Is this what the UNDP is wasting its money on? Funding you while Auditor-General complains of your interference with his work? Churning out reports lacking in quality and substance?

… and there you go again, wanting this and wanting that – this time it is a car you are begging for. What is this seemingly insatiable appetite for material things? Did the chairman and members of the Cabinet Committee, if they exist, approve that you add that to the ‘report’?

Your Excellency, President Nana Addo Dankwa Akufo-Addo, my name is Valerie Sawyerr, and my wrists are ready for your shackles!!!

… but before you send your Tsar Bomba after me, please tell me why the StarTimes arbitration procedure in London was discontinued and how they were given an enhanced contract under your supervision, while StarTimes was at the same time sponsoring the First Lady’s Foundation. I mean your wife!

… and do you remember that the Tsar Bomba blasted beyond expectation flattening villages hundreds of kilometers from ground zero, and almost consuming those who deployed it?

Our elders say that it is not all the rivers you bathe in… you must leave some to drink from!

They say I am for war, but the truth is …

I am for peace … Shalom!