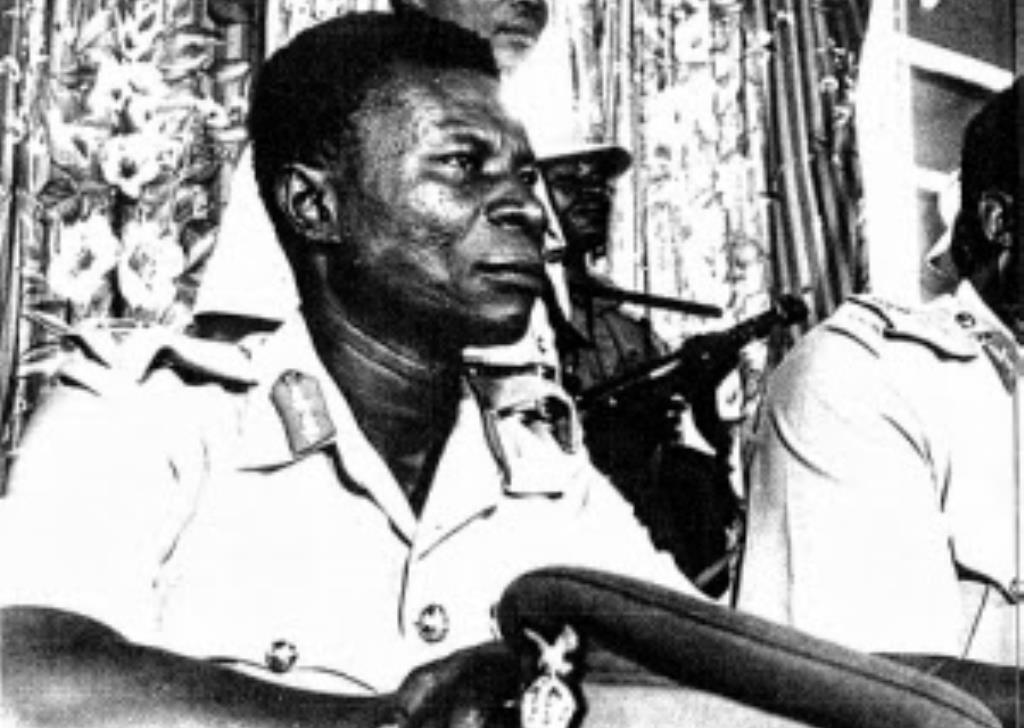 Lieutenant General Emmanuel Kwasi Kotoka (26 September 1926 – 17 April 1967) was the leader of the National Liberation Council which overthrew the government of Dr. Kwame Nkrumah in a military coup d’état on 24 February 1966.

Emmanuel Kotoka was born at Alakple, a village in the Keta district of the Volta Region of Ghana.

In 1965, the then Lieutenant-Colonel Kotoka was transferred to Kumasi where he met and became friends with then Major Akwasi Amankwa Afrifa, an officer in the Second Brigade of the Ghana army.

The two are generally credited with being among the key conspirators behind the first bloody coup d’état in Ghana on 24 February 1966 which brought an end to the first republic. They codenamed it “Operation Cold Chop”.

It was Kotoka who announced the coup to the nation early that morning from the Broadcasting House of the Ghana Broadcasting Corporation, the official radio station in Ghana. The Central Intelligence Agency appears to have been aware about the plotting of the coup at least a year ahead.

On 17 April 1967, there was an abortive coup attempt involving junior officers of the reconnaissance regiment located at Ho in the Volta Region. It was code named “Guitar-boy”. It led to the killing of Kotoka by Lt. Moses Yeboah after heavy fighting. Lt. Moses Yeboah and another colleague were later tried and executed by a military tribunal. The Ghana International Airport was renamed Kotoka International Airport in his memory. He was killed at a spot which is now part of the forecourt of the airport and his statue stands at that point.