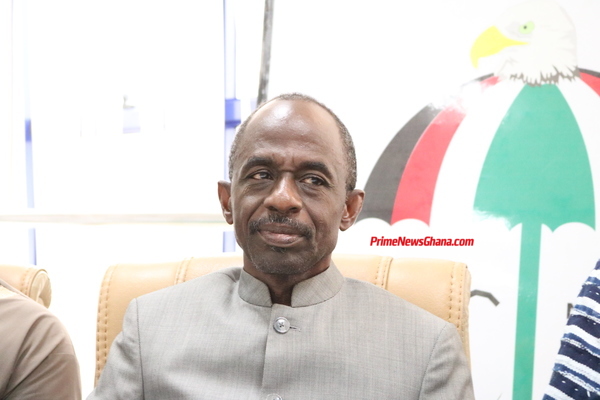 According to him, it is common knowledge the world over that the republican party candidate at the time and now president Donald Trump rigged the election, robbing Mrs. Clinton a former first lady of the United States of America of a well deserved victory.

General Mosquito as the NDC General Secretary is popularly known opined that inspite of the glaring and naked robbery that characterized the elections in the United States of America, Mrs. Clinton was gracious enough to accept the results.

‘’It is a known fact that Hillary Clinton was robbed of victory in the US elections. Everyone the world over knows that the Republican Party stole the verdict of the people, but the woman conceded defeat and accepted the results and allowed the president to be sworn in while investigations continue on the matter. That is what the NPP should learn. Because again everybody in Ghana knows that it is the NPP that does not accept election results once they lose’’ he told Accra based Peace Fm and monitored by BestNewsGH.com

According to him, it is not only victory in political elections that strengthens the country’s democracy, but the ability and demeanour of the losing party to contain the loss and accept defeat, adding that the New Patriotic Party must brace themselves up for defeat in the 2020 elections.

He was reacting to the just recently held regional executive elections of the opposition NDC across the country which has been described by political watchers as a largely successful exercise.

General Mosquito pointed that the calibre of the various executives elected at the regional level across the country is ample testimony to the fact that the NDC is ready to wrestle political power from the ruling NPP.