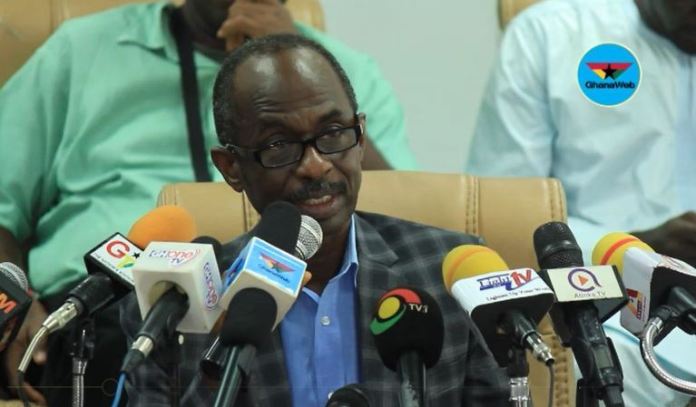 According to him, the party is aware of the frivolous, trumped up and illogical charges brought against its officials as part of a misguided belief that partisan prosecution is a way of diverting attention from the dismal display in his government and maladministration that is fast driving the country into a ditch.

“The president, fully aware that he cannot fulfill the legion of utopian campaign promises made to Ghanaians, the President has devised a scheme to use malicious prosecutions of NDC functionaries to curry favour with the electorate,” Asiedu Nketiah stated in a statement to GhanaWeb.

“We wish to condemn in no uncertain terms, the politically-motivated persecution of our officials, cynically disguised as lawful prosecution. The NDC finds it curious that the Chief Justice has created the divisions for the High Court with fully constituted Criminal Division, the case of our National Chairman would be assigned to a Justice at the Commercial Division of the High Court. We hope there is no sinister motive behind it,” the statement reads further.

Mr Asiedu Nketiah, however, stated in the statement that the NDC will take every reasonable step to assert the innocence of its members and insist on respect for their fundamental human rights.

“We demand fair and lawful treatment for all our members and an immediate end to this harassment. Despite our strong disagreement with this partisan prosecution, we demand fairness in the judicial process and it is our expectation that historical hostility to the NDC, whether real or perceived, will play no role in the determination of all cases and that only the facts of each case, the position of the law and the objective assessment of same will inform any outcome.”

Read his full statement below.