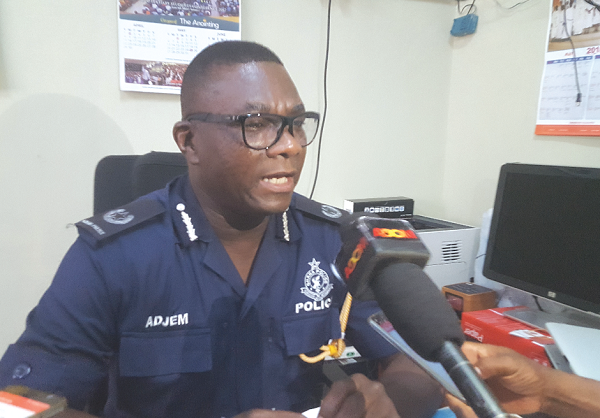 The leadership of the Coalition for National Sovereignty have told the Deputy Ashanti Regional Police Commander, ACP David Agyemang Adjem, to join active politics if he wishes to do so and stop being hypocritical.

“I want to send a signal to the Deputy Ashanti Regional Commander that he can remove his uniform and do politics than to hide behind politicians”, leading member of the Coalition, Dr. Agyenim Boateng told ‘Yee Wu’ demonstrators in Kumasi.

This comes after police’s unsuccessful attempts to foil a planned demonstration by organizer on 19th September, 2019 despite earlier agreement between the Coalition leadership and the Regional Police Command.

“ACP David Agyemang Adjem who is working for NPP   wanted to stop us from demonstrating after several meetings with him. He wanted to secure a court injunction to stop us and he couldn’t because we are determined and nobody can stop us”, according to the United Front Party (UFP) founder.

“ACP David Agyemang Adjem is being manipulated by politicians and let him know that we are watching him with eagle eyes”, Dr. Agyanim Boateng charged.

Members of the Coalition; made up of members of nine political parties on Thursday, stormed the Ashanti Regional capital Kumasi to demonstrate against the economic hardship under President Akufo-Addo.

The demonstration was led by National Chairman of PNC, Bernard Mornah, NDC’s Peter Boamah Otukonor as well as members of the opposition parties.