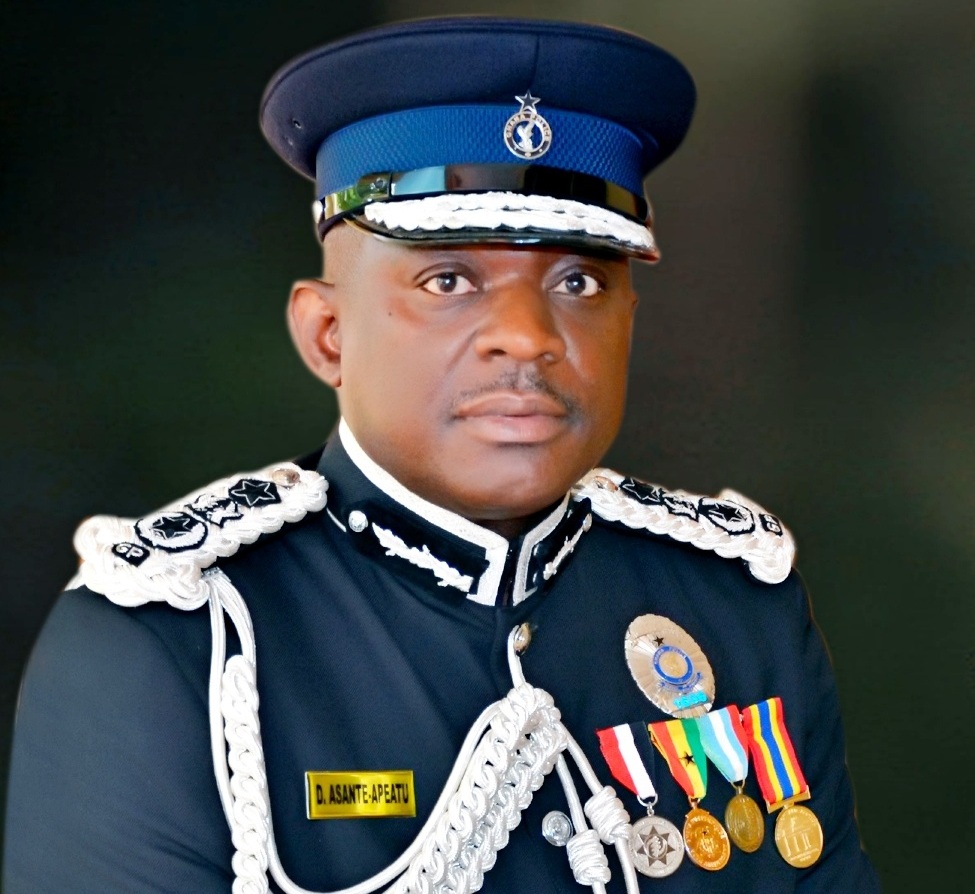 The Divisional Police Command in Sogakope in the Volta Region have invited a radio presenter and a guest who appeared on his show to report to the station to aid in investigations for calling president Nana Addo Dankwa Akufo-Addo a ‘foolish and bogus man’.

The complainant in the case is the ruling New Patriotic Party (NPP) South Tongu Constituency Chairperson, Grace Kutu Acheampong while the accused are one Mohammed, host of the radio station’s ‘Tomenya’ morning show and Luis Ajin, a panelist on the show.

The Sela radio station staff and the panelist are being accused of abetment of crime to wit, offensive conduct conducive to the breach of the peace and were to report to the divisional crime officer in Sogakope yesterday, Friday, December 21, 2018 to assist in investigations.

A letter dated 19th December 2018 and signed by the Assistant Superintendent of Police (ASP) Joseph Nakoja, the crime officer for the Tongu Division of the Ghana Police Service requesting the management of the radio station to release the presenter to the police for investigations stated in part that ‘’He is also advised to come along with Mr. Adjin and audio recording to aid investigation’’.

This website will keep an eye on this developing story and keep readers abreast with any new developments. 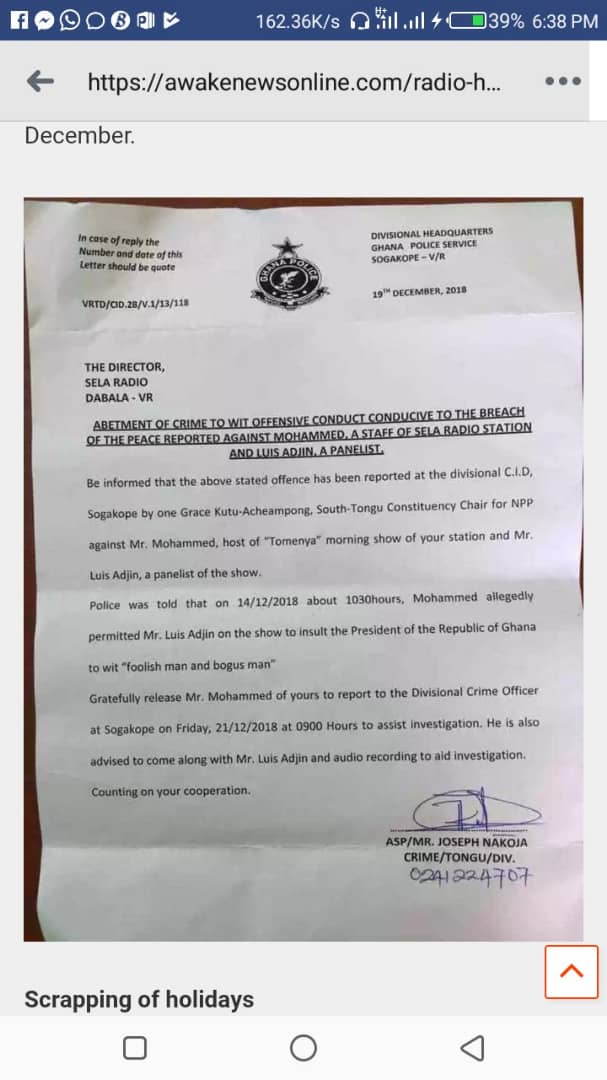