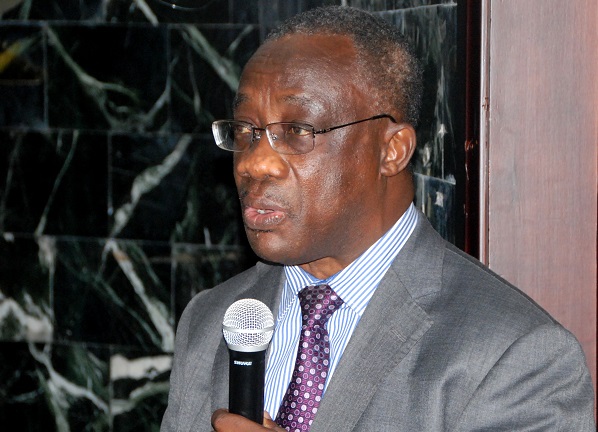 Management of the Ghana Revenue Authority has met with members of the media fraternity to share the vision of the Commissioner-General, Emmanuel Kofi Nti for the Authority dubbed GREAT 1.

The encounter was also to discuss new initiatives in GRA and appeal to the media to be true advocates of GRA in facilitating revenue mobilization for the country.

The Commissioner General of GRA, Emmanuel Kofi Nti, indicated that the Authority is investing heavily in ICT to upgrade the processes of revenue generation.

According to him, McKinsey, an international consultancy group has been contracted to bring rare innovations that would match up with the best in Africa.

“The arrangement with McKinsey is to help us capture our work and improve our processes, simplify our processes and match up with the best allies in Africa”, he revealed.

Touching on the Cargo Tracking Notes policy whose implementation has been postponed to October 15, 2018, the Commissioner of Customs, Isaac Crentsil, opposed the notion that the CTN would increase the cost of doing business at the port.

“The exporter or shipper is going to pay only 50 dollars per bill of lading. So if the bill of laden is calling for more than 20 containers, it’s just 50 dollars. If this 50 dollar is shared among the 20 containers, how much would it cost for it to increase the cost of doing business?

He emphasized that the CTN would come and solve some imbalances in the import process as well as conform to international protocols.

“It is to the benefit of this nation that we look at some of these issues for what is coming ahead in terms of international protocols that we are moving into. We have to know where exactly the goods originated from, we have to know, for security reasons, the items that are coming into this country. And also, for audit purposes, as well as the fiscal purposes”, he educated.

The Commissioner disclosed that the suspended implementation of the CTN is to give room for more engagements with stakeholders but not, an amendment of the policy.