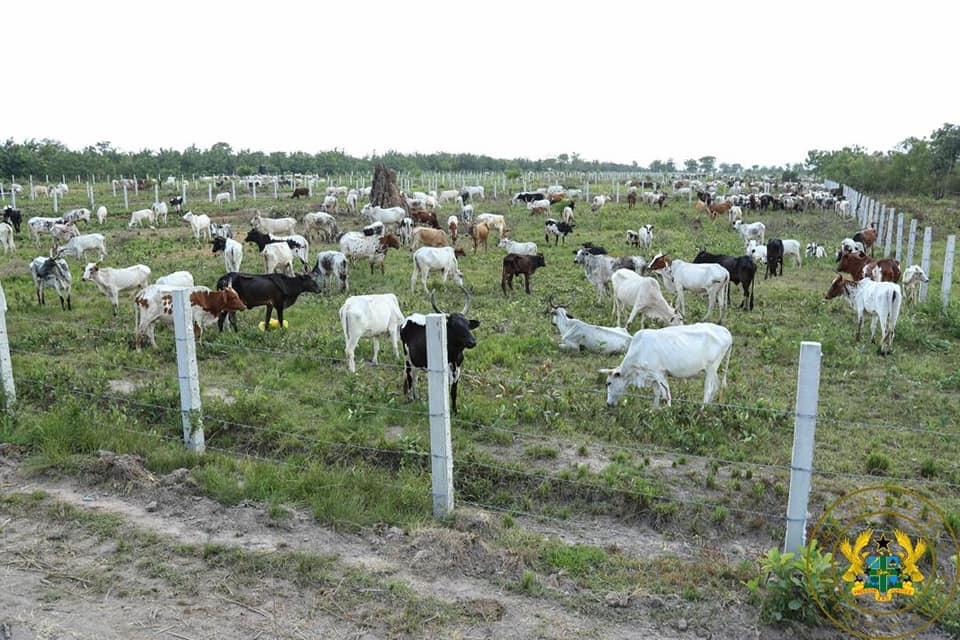 The President, Nana Addo Dankwa Akufo-Addo says the cattle ranch established by Government in Wawase, in the Afram Plains South district, is helping to end the incidents of clashes between local farmers and nomadic herdsmen.

The construction of the cattle ranch is in fulfillment of a campaign pledge the President made in the run-up to the 2016 election, as a means to helping to end the numerous clashes between nomadic herdsmen and farmers, which, over the years, have claimed many lives and properties.

Speaking after a familiarization visit to the cattle ranch, on Saturday, 24th November, 2018, President Akufo-Addo revealed that Government is establishing three additional ranches in Forifori, Chemfeh and Amankwakrom, all in Afram Plains.

With the Wawase cattle ranch currently serving some 3,000 cattle, he indicated that “the success of this facility will serve as the impetus for the establishment and subsequent success of the other ranches.”

The President, thus, urged the land owners and cattle owners, to work hand-in-hand with Government to guarantee the success of the Wawase ranch.

“Some three weeks ago, there were 450 cattle at this ranch. But today, as a result of Government’s policies and the harmonious working relationship, we have 3,000 cattle in this kraal. I am hoping that by December, we would have 6,000 cattle. This can only happen if there is co-operation, and when we work together,” he added.

On the construction of a bridge over the Volta Lake, President Akufo-Addo indicated that four companies, i.e. two from China, one from Brazil and the other from Germany, are currently undertaking feasibility studies.

“Once it is completed, it will be presented to the Minister for Roads and Highways, and, thereafter, the contract for construction of the bridge will be awarded. I am confident that the bridge will be constructed, in fulfillment of the pledge I made to you,” the President added.