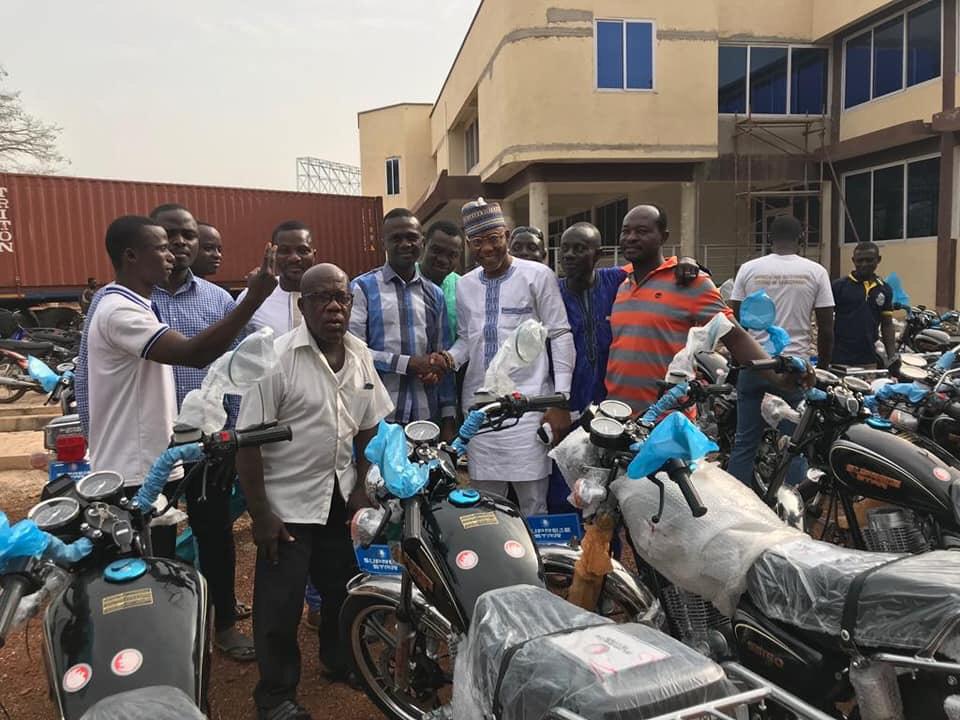 Government has donated one thousand, one hundred and eighty one motorbike to the various Metropolitan, Municipal and District Assemblies across the country for onward presentation to Assembly Men and Women.

The motorbikes which has been distributed throughout the country is aimed at helping to facilitate the work of the Assembly Members in their various Electoral Areas.

The Tamale Metropolitan Assembly was the first to receive its consignment.

The Tamale Metropolitan Chief Executive, Iddrisu Musah Superior on behalf of the Metro Assembly thanked President Nana Addo Dankwa Akufo-Addo, the Minister of Local Government, Hajia Alima Mahama and the entire cabinet for what he describes as a timely intervention.

According to him, such crucial logistical support will enhance governance at the local level.