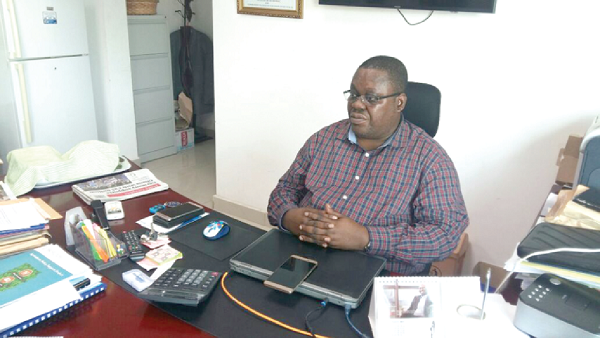 Aggrico Solar is partnering the Ghana Commercial Agriculture Project (GCAP) to conduct a pilot test on the use of solar-powered irrigation systems on some selected vegetable farms across the country.

Aggrico Solar, at a ceremony held at the offices of GCAP, donated the items to the two selected farmers from the farms.

Project manager for Aggrico Solar, Amol Parker stated that the solar water pumps have zero running costs and are not dependent on an often unreliable electrical grid.  According to him, the pilot will be done within one full crop cycle.

He added that the pumps can last up to five years and can be used to water about one acre of land within four days.

Project Co-ordinator of Ghana Commercial Agriculture Project (GCAP), Mr Charles Nornoo said he was happy to be collaborating with Aggrico Solar, who intends to bring this good initiative out for the farmers to try before they purchase it.

Hisham Seidu, a beneficiary of this project from the Kukobila Nasia Farm, told The Finder it’s a good initiative, and hopes the use of solar will be able to save cost. According to him, his farm uses the drip irrigation system, which is powered by electricity; thus with the introduction of solar, he hopes to cut down cost on electricity.

The project is to ensure businesses make profit after 12 months, as well as demonstrate that using solar saves cost, and there will be regular monitoring by GCAP.

The solar water system is designed to work reliably in the harshest environments, including rivers and sandy waters, with minimal maintenance and no damage to ecosystem.

Each kit contains everything a farmer needs to irrigate 1,000 square metres (1/4 acre) of land straight out of the box.