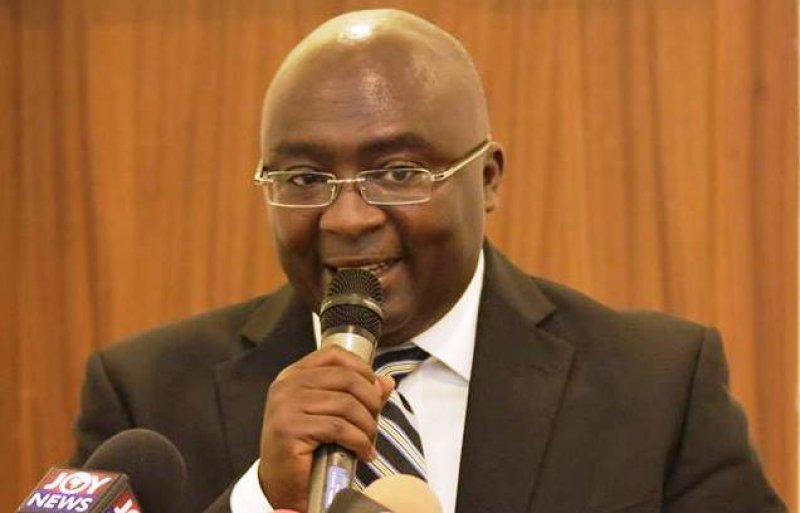 The government of President Nana Addo Dankwa Akufo-Addo will not be swayed by political expediency to take wrong decisions which would provide short term gain but would have debilitating long term effects on the country, the Vice President of the Republic, Dr Mahamudu Bawumia has maintained.

Speaking at the 4th National Policy Summit in Tamale on Monday 24th September, 2018, Vice President Bawumia said government is convinced that the policies being implemented to ensure macroeconomic stability are yielding positive results despite the effects of a few external shocks, and it would be wrong to deviate in order to make political gain while jeopardizing long term growth.

“We will not be forced by external shocks into taking politically expedient but economically unsustainable decisions. We know we are on the right track and we are going to stay the course because we have to look after the long term interest of Ghana and not short term political expediency,” the Vice President declared.

Reading a tall list of macroeconomic gains recorded in the past 20 months, Vice President Bawumia said the Akufo-Addo administration is committed to restoring macroeconomic stability to stimulate growth, and the data shows that the right policies and programmes are being implemented.

“A major flagship programme of government is the restoration and sustainability of macroeconomic stability as the anchor for economic growth and enhanced private sector investment. Fiscal policy has been underpinned by fiscal consolidation and expenditure prioritization, as well as moving the economy from a focus on taxation to a focus on production’’ he said..

Other measures such as inflation, Interest Rates on the 91-day Treasury bill, the Debt-to-GDP ratio and our gross international reserves had all recorded positives, Vice President Bawumia emphasized.

“With the fiscal deficit declining, interest rates and inflation declining, growth increasing, the trade account and foreign reserves improving it is clear that the fundamentals of Ghana’s economy are relatively strong’’ he opined.

The vice president said given these indications, Government would continue to take the long term view in the design and implementation of policies to ensure sustainable economic growth, while striving to minimize the impact of external forces such as the almost doubling of world oil prices between September 2016 and September 2018.

Dr Bawumia chastised the erstwhile NDC government for its abysmal management of the Ghanaian currency during its 8 year tenure, which had led to an almost quadruple depreciation of the cedi against the dollar, from Ghs 1.1 to the dollar in 2008 to GHC4.2/$ as at the end of 2016, according to data from the Bank of Ghana.

He further stated “The question then is: given this abysmal quadrupling record of the NDC in the management of the cedi relative to the dollar, what nominal value would they have taken the price of the cedi per the dollar to if they were still in power today or given another 8 years to rule? Your guess is as good as mine.”

Government, Vice President Bawumia maintained, would continue to stick to fiscal discipline and market determination of exchange rates and, despite marginal depreciation arising from a strengthening dollar, government would weather the storm.

“Ghana’s economy is in good hands. We are striving for a low and stable inflation rate, a low interest rate environment, a stable (not constant) and predictable external value of the Cedi. We are building a resilient fiscal-monetary platform that can absorb shocks to the economy, and striking the right balance between fiscal consolidation and growth. And we are putting in place measures to ensure irreversibility of the macro-economic gains achieved so far” He concluded.