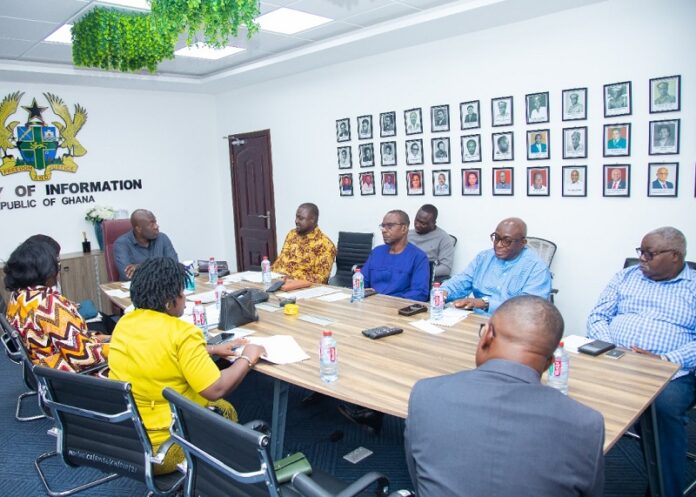 The Ghana Journalists Association (GJA), the National Media Commission (NMC) and the Right to Information Commission (RITC) have committed to redevelop the International Press Centre into an ultra-modern edifice to accommodate all media-related entities and umbrella bodies in the country.

The commitment was made during the signing of a Memorandum of Understanding (MoU) at the premises of the Ministry of Information yesterday.

The landmark project, originally meant to be the new home of the GJA when completed, would now host media-related organisations in the country and serve other functions such as a multipurpose complex.

It will also contain broadcasting studios, press rooms, an interactive library, conference rooms, office spaces, and spaces to let out such as general retail outlets and retail banking outlets.

Present at the signing of the MoU was the Minister for Information, Kojo Oppong Nkrumah, Outgoing President of the GJA, Roland Affail Monney, Lead Consultant, Harry Sintim-Aboagye, the Executive Secretary of the RTIC, Yaw Sarpong Boateng, representative from the NMC and other supporting staff of the Ministry of Information.

The Minister of Information witnessed the signing ceremony.

Mr Oppong Nkrumah expressed delight at the new project, emphasising that when completed, it would become the new social, economic and cultural destination for the media in Ghana and Africa at large. He said the redevelopment of the press centre would avoid duplication of efforts and resources.

“It will also allow the institutions to better coordinate their activities”, the minister said.

For his part, Mr Monney stressed the need to work together as media umbrella bodies, adding that the redevelopment of the International Press Centre would allow them to work in close collaboration in an efficient manner.

The parties are working on a date for the sod cutting ceremony to be performed by the President, Nana Addo Dankwa Akufo-Addo for work to commence.