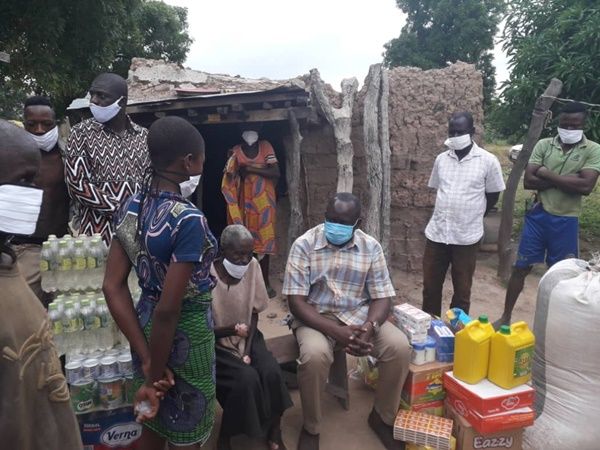 Ghanaians have taken to social media to commend Vice President Dr. Mahamudu Bawumia for coming to the aid of an 80-year-old destitute, Dari Poga at Gurungu in the Upper West Region.

Joy News filed a report on the plight of the homeless octogenarian, who has lost all ten fingers and eight toes to leprosy from childhood.

The emotion-filled Joy News documentary revealed the sad story of how the old woman has lost four of her ten children and how the remaining children have completely abandoned her.

Following the broadcast of the report on Joy News, Vice President Bawumia was touched, and swiftly intervened by sending emissaries, led by the Upper West Regional Minister Hafiz Bin Sallih, to deliver food items and cash to the old woman.

Not only that, Vice President Bawumia is also funding the construction of a two-bedroom house for the old woman at Gurungu.

It was this remarkable gesture by Dr. Bawumia which has got people impressed on social media and many showering the Vice President with praises and God’s continued blessing.

Pictures of building materials at the site for the construction of the two-bedroom house for the old woman which was posted online by Asempa FM, got people commending Dr. Bawumia for his magnanimity.

Below are some of the comments: