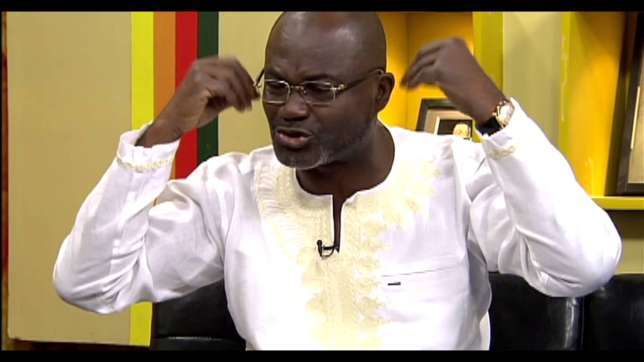 Loudmouth politician and Businessman, Kennedy Ohene Agyapong says Ghanaian judges have been at the receiving end, being maligned and ridiculed by the international community following the judicial corruption expose by ace investigative journalist, Anas Aremeyaw Anas.

‘’One judge told me that recently he went to Holland on an international assignment and when it was time for introduction and he mentioned that he was from Ghana, all the participants quizzed him in why they should sit back and allow just one person to ruin them’’ he explained.

‘’When he answered that he was from Ghana, they said , you are those they have tagged with corruption so much, how do you sit and allow one person to run you down and destroy you like that’’ he added.

Speaking on Accra based Oman Fm and Net2 Television, the ruling New Patriotic Party (NPP) Member of Parliament for Assin Central Constituency in the Central Region said the reputation of the country has been ruined beyond repair by the investigative pieces being rolled out by the journalist, who has promised a much shocking video soon.