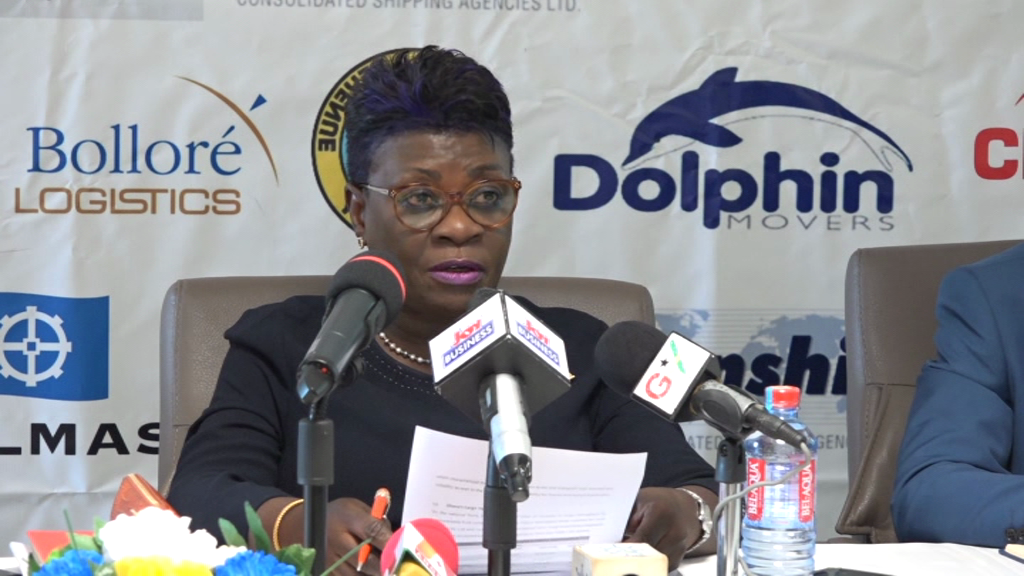 The Ghana Shippers’ Authority, has projected an increase in overall cargo throughput of 10% for the year 2019.

According to the Chief Executive Officer of the Authority, Benonita Bismarck who addressed the media on the shipping quarter and outlook for the first quarter of 2019, their projection is premised on the expectation that the introduction of the first port rule for the transit trade would be managed in order not to deflect transit cargo to neighboring countries.

“Demurrage payments from the Tema and Takoradi has reduced from $76M in 2017 to $59 million in 2018. The reduction in container demurrage and rent payment has been a priority of the Authority and has rigorously been pursued through shipper education and sensitization,” she revealed.

She said storage rent payment at Ghana’s ports increased slightly by 3.2% over the past year. She therefore stated the need for further shipper education in that regard.

Ms. Benonita Bismarck, again, hinted that although the overall cargo throughput for 2018 increased by 8%, there was a slow trend of imports towards the 3rd and 4th quarters of the year due to uncertainty in the shipping climate of the country, with the introduction and ejection of some policies that affected the industry.

“It is important to note that while import records the low growth of 1.8% in 2018, export on the other hand grew by 24%. Prospects for continued growth in the export sector are very bright in the wake of the government aggressive industrial policy. Consequently, we wish to project an overall cargo throughput growth at 10% for the year 2019,” she said.

She suggested that ad-hoc policies are done away with, in order to present a business friendly atmosphere to attract more imports to the country in order to meet the projected cargo growth of 10% for 2019.

“This is also premised on the expectation that the introduction of the first port rule for the transit trade will be well managed in order not to deflect transit cargoes to our neighboring ports,” she said.