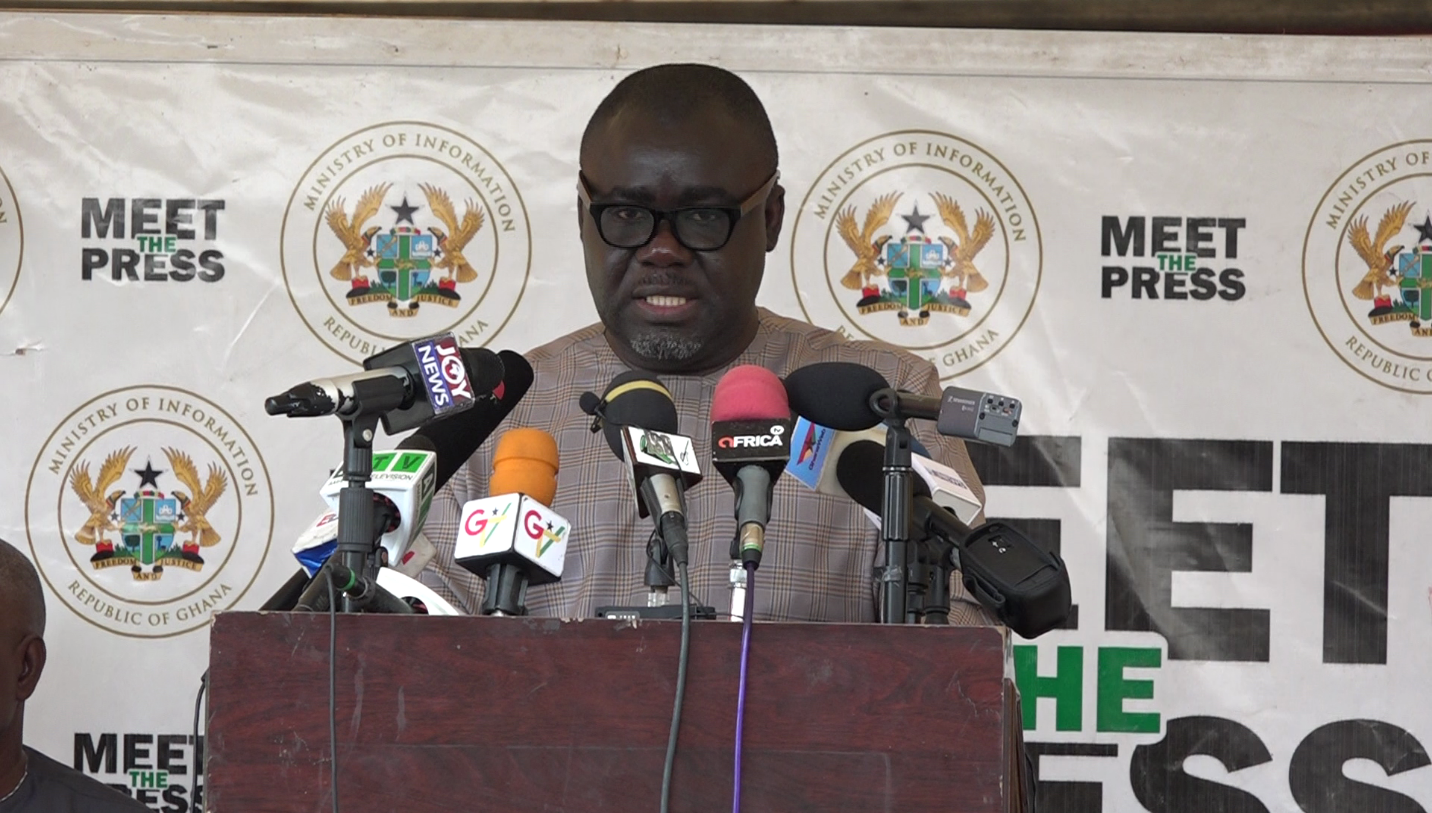 The Minister of Transport, Kwaku Ofori Asiamah has announced his outfit is engaging more private organizations to develop the maritime industry to accelerate economic development and job creation.

Speaking at the Meet the Press series in Accra, the Transport Minister declared that out of the three container berths under construction as part of the Tema Port expansion project, 2 berths will commence operations by the end of June 2019.

“At the Tema Port, the construction of four dedicated container terminals to respond to the increasing trade volume and address the infrastructure deficit is currently underway. The first two berths of 16ft draft will be completed and operationalized by the end of the second quarter of this year,” Ofori Asiamah stated.

He revealed that work on the hospital road from the Tema Port to the Motorway will also begin by the end of 2019.

“At the last cabinet meeting, cabinet has given approval to the Ministry of Transport and the Ministry of Roads and Highways to engage APM terminal which is one of the operators of the port to finance the construction or the upgrade of the hospital road from the port to the motorway. And we are hoping that this project will commence by the end of 2019,” he said.

The Transport Minister also indicated that government has engaged an indigenous company, Ibistek to build an on-dock multi-purpose terminal in Takoradi Port at a cost of $350 million.

“The Takoradi port is also to have a facelift with the development of a multipurpose container terminal by a Ghanaian owned company known as Ibistek at the cost of $350 million. For the first time in the history of this country, Ibistek is a wholly owned Ghanaian Company,” the Transport Minister added.

He further explained that a dry bulk jetty is nearing completion at Takoradi Port to boost Bauxite export.

He said GPHA is constructing an oil and gas hub in Sekondi-Takoradi which will create job opportunities.

“In our efforts to eliminate handling of bulk cargoes to reduce cost at the Takoradi Port construction of a dry bulk jetty with 800 metres key wall is nearing completion. This development will improve the handling and increase the tonnage of bauxite for export. An executive instrument is before the President, Nana Addo Danquah Akufo Addo to declare the area between the existing Takoradi Port and Secondi Naval base as a port zone. GPHA under the direction of the Ministry is developing the area into an oil and gas hub to help the youth to acquire the necessary jobs that they are looking for,” he disclosed.

The Minister further revealed that progress has been made on plans to construct the Keta Port in the Volta Region and a Fishing Hub in James Town in the Greater Accra Region.

“The Ministry is also aggressively pursuing the development of a port at Keta in line with government’s manifesto. In our manifesto we did promise that by God’s grace if Nana Addo Danquah Akufo Addo becomes President, we are going to construct two ports, one at Keta and the other one at James Town of which we cut the sod for the James Town fishing project last month.”

Ofori Asiamah disclosed that government is committed to making the maritime trade more attractive hence allocated some $208 million dollars to finance the construction of 10 fishing landing sites in the coastal areas.

“Along the Volta Lake the construction and rehabilitation of fishing landing sites and facilities are ongoing at Dambai and Dambai overbank, Yeji, Makango and Agordeke and work are progressively, and steadily ongoing,” he added.