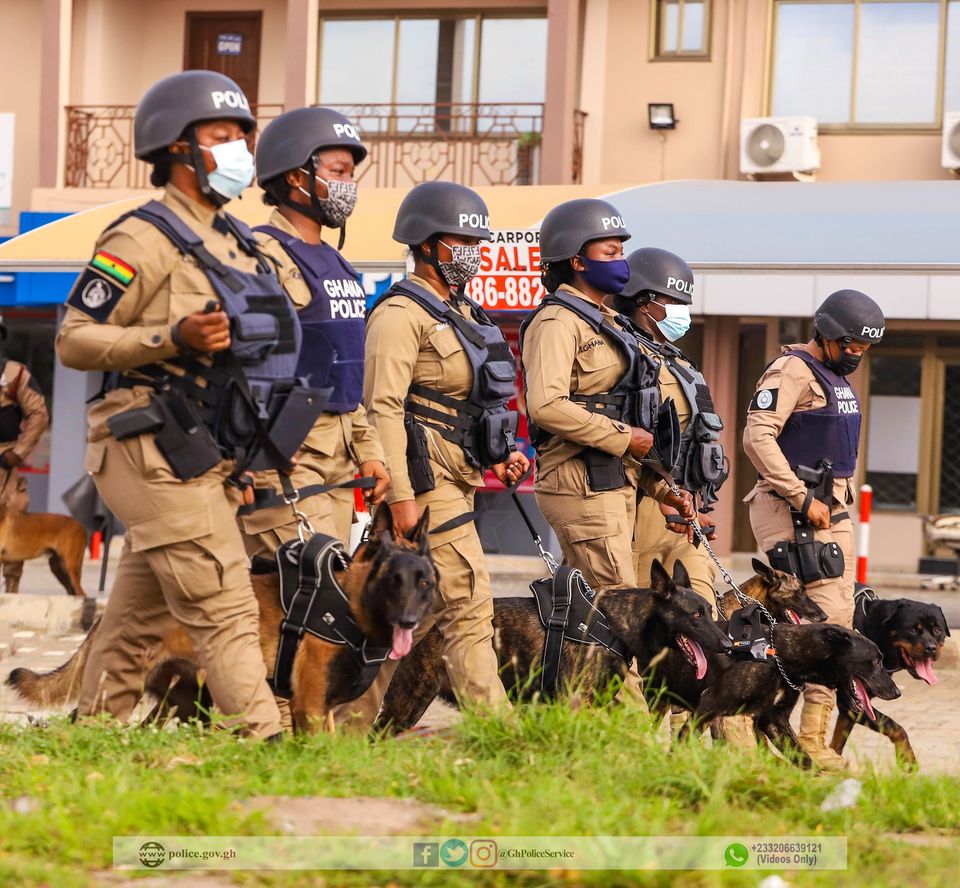 As part of the Proactive Preventive Policing Strategy, the K-9 Unit of the Ghana Police Service, with renewed energy, has commenced its outdoor operations, with the use of dogs for operational duties in some parts of Accra.

Dubbed “Who let the dogs out? Wooof! Wooof! Wooof! Wooof!”, this component of policing is aimed at increasing the visibility of personnel, improving intelligence gathering, tracking of contraband goods and improving upon other aspects of criminal investigations.

Giving details about the deployment of dogs for operational duties by the police, the Director General of the Police Public Affairs Directorate of the Ghana Police Service, Assistant Commissioner of Police (ACP) Mr Kwesi Ofori said it was part of a proactive preventive policing strategy.

He said the strategy would improve intelligence gathering, tracking of contraband goods and improve on other aspects of criminal investigations.
More regions

He said the operations which was rolled out a few weeks ago on a pilot basis following the commencement of outdoor operations of the K-9 unit.

In line with this, he said, personnel with highly-trained security dogs under leash were strategically positioned across the city of Accra for police operational patrols.

He said plans were underway to extend the use of trained dogs for operational patrols to other regional capitals.

“We shall continue to pursue multiple security and visibility modules to increase our interactions with the public and aggressively fight crime in our communities,” he said.

Mr Ofori was confident of the support of the public for the successful rollout of the new initiative.

For the past couple of weeks, personnel with highly-trained security dogs under leash have been strategically positioned across Accra for operational patrols.

According to the police, plans are underway to extend this component of Police visibility to other regions.

“We shall continue to pursue multiple Security and Visibility Modules to increase our interactions with the public and aggressively fight crime in our communities. We are here because of you and we rely on your help and support to succeed,” the police said in a post on Facebook.