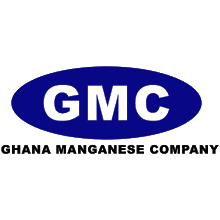 Two years after doling out some $10 million to support the rehabilitation of a portion of the western railway line, management of Ghana Manganese Company Limited (GMCL) says it is yet to see any improvement in the rail network.

The company maintains that the poor condition of the rail has compelled it to convey ore to the Takoradi Port by road, with it’s attendant effects on the road network in the Tarkwa township.

Chief operating officer for the company, Mr Benjamin Atsu Quarshie, at a briefing for members of the Parliamentary Select Committee on Mines and Energy, and the media in Tarkwa, lamented the frequent derailment, which, he said, was adversely affecting their operations.

The briefing formed part of a two-day mine tour and is under the aegis of the Ghana Chamber of Mines.

“As I speak now, we have regular derailment on the rail. We haven’t seen any work being done on it; we think the frequency of derailment must be reduced considerably to help our operations,” the COO submitted.

It will be recalled that in August 2017, the Ghana Railway Company Limited (GRCL)  secured the $10 million from the GMCL to rehabilitate part of the western rail lines from Kojokrom to Tarkwa.

The amount was given out under an agreement that was to see the GMC paying a freight advance of $10 million to the GRCL for the rehabilitation project.

According to the COO, “It’s a kind of arrangement that ensures that when the money goes to GRCL, it will be paid back in terms of the haulage that they do for us.”

Mr Quarshie lamented the delay in rehabilitation works two years down the line, noting that “we have seen no significant improvement of the rail infrastructure here.”

“The money went to them; we haven’t seen any significant improvement on the rails, but  we are still paying for the haulage they do for us,” Mr Quarshie told reporters.

The sector minister, Mr Joe Ghartey,  had at the signing ceremony stated that, “I’m happy to report that even before this agreement, the GRCL had started rehabilitation of the line, from Tarkwa to Nsuta, where Ghana Manganese is located.”

The company, which has been mining for more than 100 years, presently has a minimum of 81 million tonnes of mineral reserves, with additional resources of about 100 million tonnes.