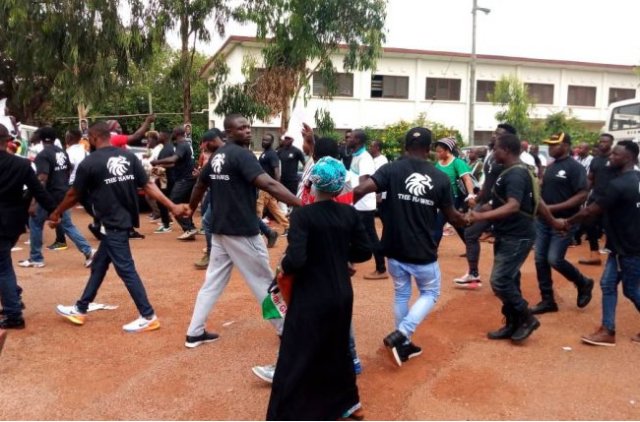 The Minister for National Security, Albert Kan Dapaah has stressed the need for political vigilantism to be dealt with in the country’s political and democratic dispensation, saying the existence of such groups is a real threat to the country’s democracy.

Speaking before the Commission of Inquiry established by the Vice President, Dr. Mahamudu Bawumia with the consent of the president to look into the Ayawaso West Wuogon by-election violence, the Minister described vigilantism as one of his major challenges and worries.

He said, of key concern to him and his officials is the matter of funding such groups, adding that it is imperative to investigate and identify the sponsors of vigilante groups, where their sources of funding are and why they will choose to spend their money in that manner.

He opined that the canker of vigilantism is one of the top 5 challenges that the National Security apparatus is faced with, saying “we are working hard to address it”.

The Minister wants all political actors to see the issue of vigilantism as a very serious threat the country’s democracy and also work holistically and collaboratively to address it.