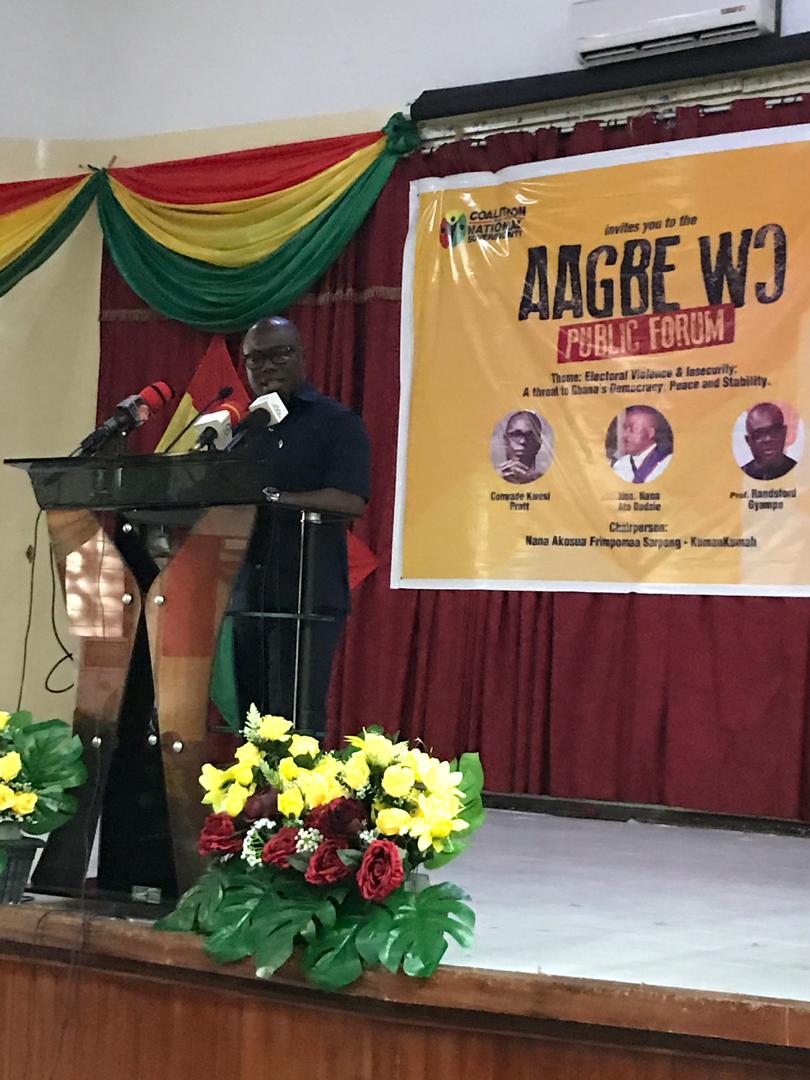 Senior lecturer at the University of Ghana, Professor Ransford Gyampo has intimated that’s the decision by the opposition National Democratic Congress (NDC) to withdraw from the Ayawaso West Wuogon by-election was a wise move that saved the country massive trouble.

According to him, the NDC saved Ghana what would have easily passed for blood shed by that singular act and decision to back out of the election.

Speaking at a public forum on vigilantism and electoral violence in Accra Organised by the Coalition for National Sovereignty, Professor Gyampo said the NDC must be commended for the manner in which it handled the Ayawaso West Wuogon issue.

He explained that the issue of political vigilantism was a major one that requires a holistic approach by all players and actors in the political space to address.

In his estimation, even though political vigilantism is an age long issue in the country’s history dating back to the regime of Ghana’s first president, Dr. Kwame Nkrumah where he outdoored the veranda boys, the positives associated with trend are far less than the negatives.

The forum was on the theme electoral violence and insecurity, a threat to Ghana’s democracy, peace and stability.