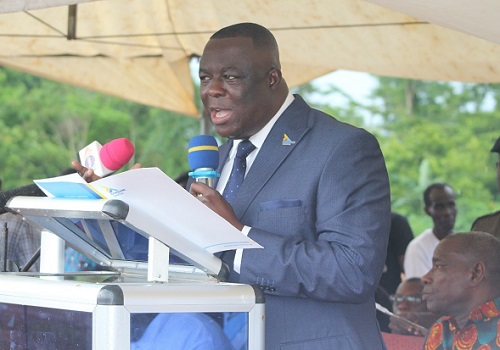 Some 1,600 jobs in the shea industry are to be created for local women in Ghana’s Northern Region, thanks to a collaboration between the Ghana Export-Import Bank (GEXIM) and the Samira Empowerment and Humanitarian Projects (SEHP).

Dubbed the ‘Shea Enterprise Project Initiative’, the project aims to economically empower women engaged in the shea value chain in the Northern Region of the country.

It will provide financial support, as well as practical capacity training schemes to key operators in the shea industry.

Chief Executive Officer of GEXIM, Mr Lawrence Agyinsam announced at a shea stakeholders’ meeting in Accra yesterday that the bank was providing a global fund of GH₵10 million for the first phase of the initiative.

The meeting was to afford the bank the opportunity to collate views, opinions and suggestions on how it could support the development of the shea industry.

Giving details of the project, Mr Agyinsam said 400 women will be trained in shea processing in four districts of the Northern, Upper East and Upper West regions in two phases.

“Under this project, we will provide safety tools to some 1,200 shea collectors in the northern sector for safe and quality shea collection,” he added.

“The snake vaccines, which go to four district hospitals, have been already purchased,” the CEO disclosed.

In addition, some 13 shea butter-based product manufacturers would be selected on competitive basis to receive working capital to buy shea from one of the four processing centres, to ensure business expansion.

GEXIM would also provide funding for those who excel to participate in international trade fairs, Mr Agyinsam stated.

The bank in October last year announced it would provide funding for the processing of shea into cosmetic products and also for large-scale export.

More than 600,000 women in northern Ghana depend on incomes from the sales of shea butter and other shea-related products as a means of their daily sustenance.