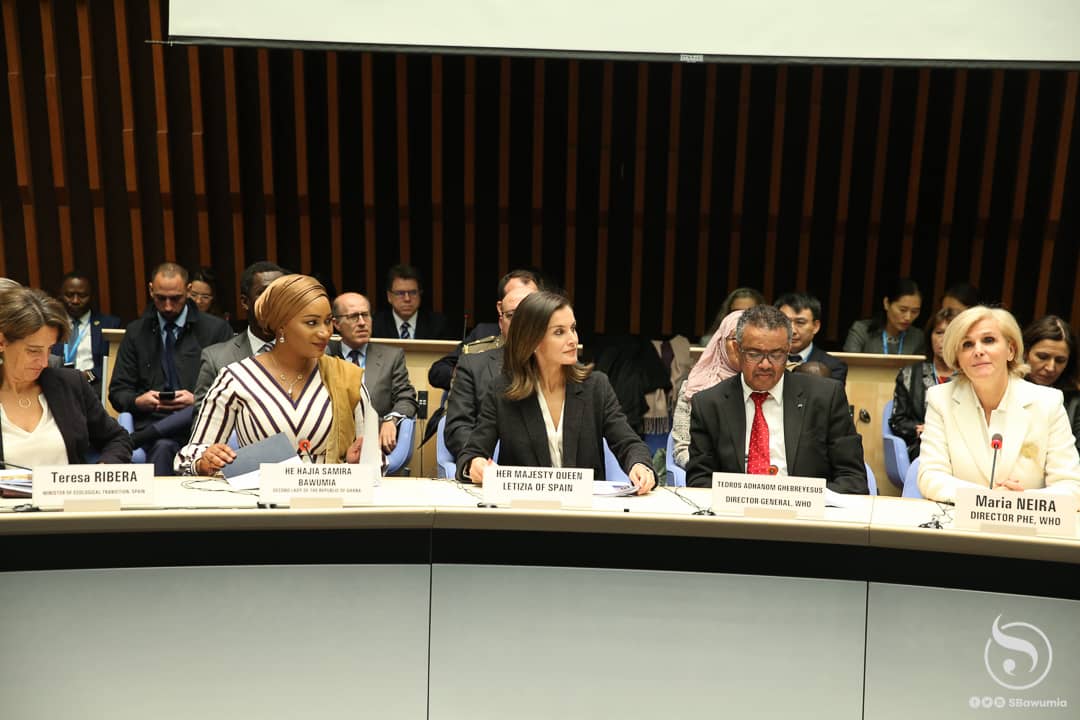 The Second Lady of Ghana, Mrs. Samira Bawumia has called for concerted efforts in tackling air pollution and its attendant effects on health.

She made this call at the Opening Plenary of the first-ever World Health Organisation (WHO) Conference on Air Pollution and Health in Geneva, Switzerland.

In her opening remarks, the Second Lady, who also doubles as a Global Ambassador for the Clean Cooking Alliance (a public-private partnership hosted by the United Nations Foundation to save lives, improve livelihoods, empower women, and protect the environment) , reechoed the effects of air pollution, largely, caused by ‘dirty’ energies employed by women, across the world, particularly, in Africa and Asia in cooking. 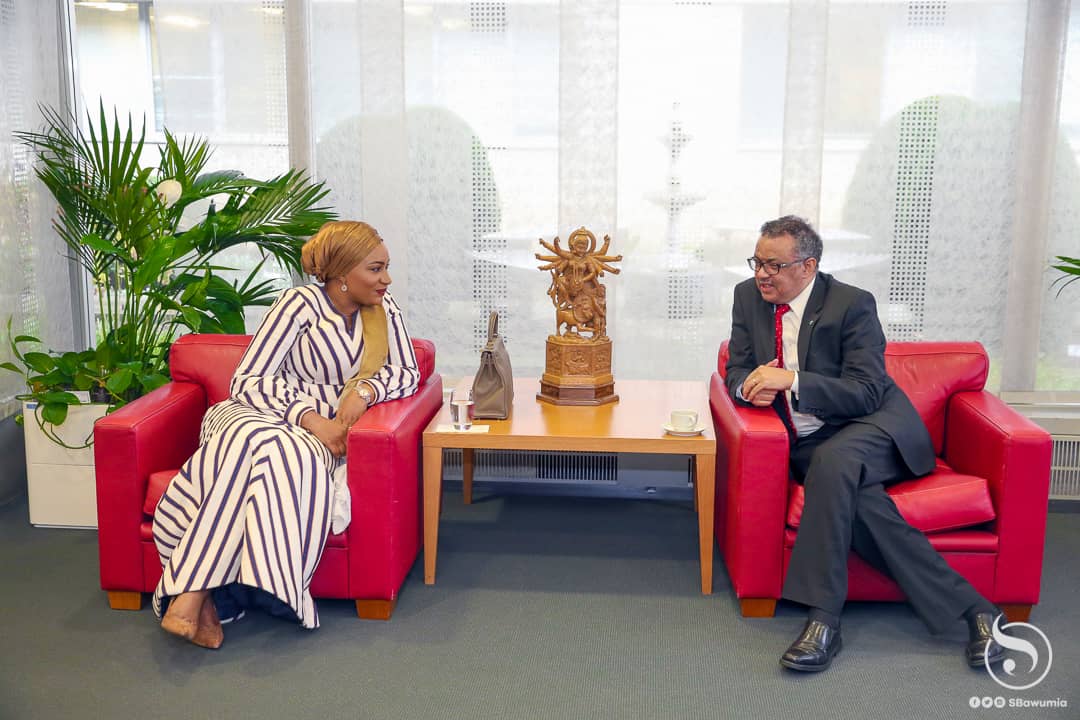 She further asserted that, some 7 million “avoidable and unacceptable deaths”, resulting from diseases such as stroke, chronic obstructive pulmonary diseases, lung cancer and acute lower respiratory infections, which are all ripple effects of air pollutions, occur among populations living in settings exceeding the WHO’s air quality limits.

The Second Lady bemoaned the lack of air quality monitoring systems, to quantify the extent of air pollution in Africa. This, she explains, as having dragged the fight against air pollution, because it is almost impossible to know the magnitude of resources to commit to tackling the menace. She, however, commended the effort of the ‘WHO’ in bringing, together, global, national and local partners to share knowledge and mobilise action for cleaner and better health, globally.

The Second Lady further called for increased discussion and conversations on the issue. ‘Let us continue this conversation while placing emphasis on the target regions in particular. This would require bringing them to the discussion table, getting their buy –in and finding champions in those countries in order to ensure successful partnerships. In doing so, let us engage African leaders, policy makers, experts, and civil societies, while building local capacity; local solutions require local participation and ownership’, she said.

It must be recalled that issues of health and healthy wellbeing among Ghanaians, particularly women have been at the top of the agenda of Mrs. Samira Bawumia through the Samira Empowerment & Humanitarian Project (SEHP), a not-for-profit organization established with the purpose of empowering the underprivileged in Ghana through diverse social intervention projects to improve lives.

Through the SEHP, Mrs. Bawumia has initiated a number of interventions in the areas of health, education and empowerment, with special emphasis on women. Notable amongst them is the ‘Safe Delivery Project’, an initiative that seeks to reduce maternal and neonatal mortality in deprived communities. 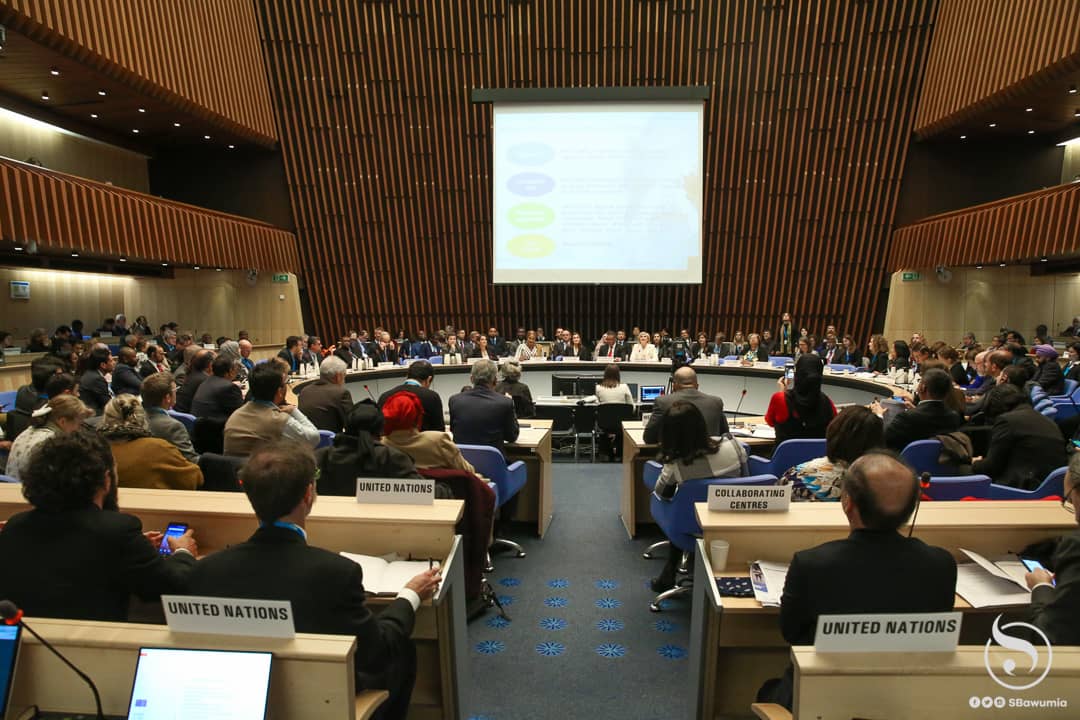 In the area of education, SEHP’s ‘Library-In-A-Box’ project has distributed thirty five thousand (35,000) books to thirty five (35) schools in seven (7) regions across Ghana. A total of about 40,000 pupils are expected to benefit from these books. This is in fulfillment of a quest to improve literacy and instill a culture of reading among students in Ghana.

SEHP with support from the United Nations Population Fund (UNFPA) has launched a Coalition of People against Sexual and Gender Based Violence and Harmful Practices (CoPASH).

Bringing her remarks to a close, Mrs. Bawumia, who was recently named as the African Woman of Excellence by the African Union Commission and the Diasporan African Forum in Johannesburg for her contribution to the cause of humanity asserted that, the issues of air pollution and its impact on health is a human issue , therefore a global issue. She added – “Let us continue this conversation while placing emphasis on the target regions in particular. This would require bringing them to the discussion table, getting their buy –in and finding champions in those countries in order to ensure successful partnerships. In doing so, let us engage African leaders, policy makers, experts, and civil societies, while building local capacity; local solutions require local participation and ownership.”